The day began with eight ladies and two babies at Outstanding Dreams alpaca farm.  Levi and Liam (the babies) had a great time gallivanting with the alpacas, although Liam was not happy that Meghan wouldn’t let him down to crawl around the pasture. Babies + alpacas = cutest ever.

The alpacas were so soft that I had to buy some fiber at the farm store… so I guess I need to learn how to knit/crochet. The girls tried to convince me to get some alpacas (you can raise up to 10 on a single acre). I think that we need to buy siding more than a $5,000 animal – those adorable critters are expensive!
I stole some of these photos from the Caroline County Tourism page on Facebook. Our buddy Christina (who works for the tourism board) took us to the alpaca farm and the place with the crazy outhouse guy who is obsessed with hoes. 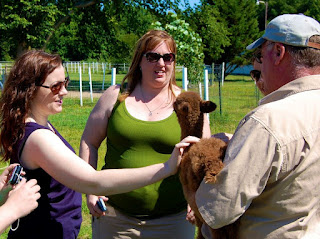 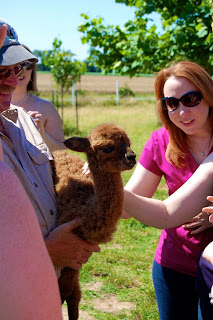 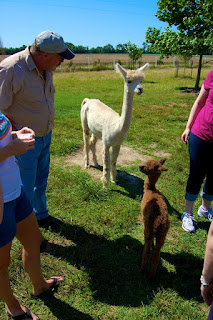 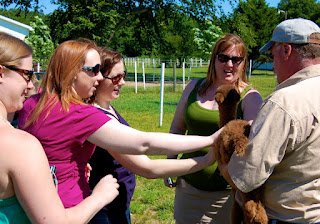 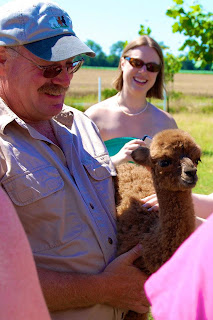 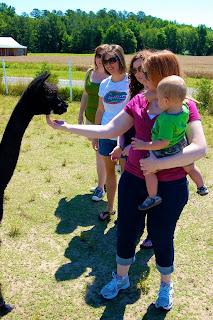 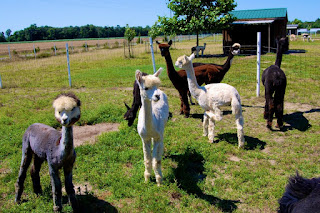 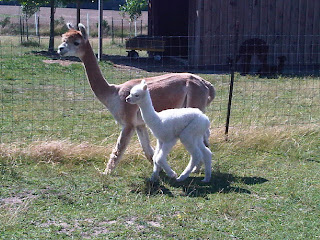 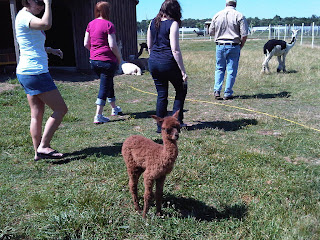 Now on to Shore Good farms. The owner Jack is born and bred Caroline County. Jack loves his hoes and outhouses, but his real passion is to use his farm to educate kids about growing vegetables and gardening. He has a large amount of acreage on his farm, but the part that we visited is farmed strictly by hand. Jack can hoe his entire farm in 16 minutes.

We all became 12 year old girls when he started talking about the proper way to hoe a garden. He told us that all you need to grow vegetables is a small area of land and a good hoe. Now, lots of people tend to use big hoes, but Jack likes to use small hoes. You’ve got to make sure that you keep your hoe in the ground. He showed off his mother’s hoe and had all of us take turns holding it. “Yep, that’s a light hoe.” Cue us giggling like little girls and making “Your mom’s a hoe” comments.

Jack is a purveyor of moonshine and tall tales. He doesn’t trust the government and I wouldn’t be surprised to see him on Doomsday Preppers someday.

Here he is greeting us when we pulled up – we caught him in the outhouse, of course: 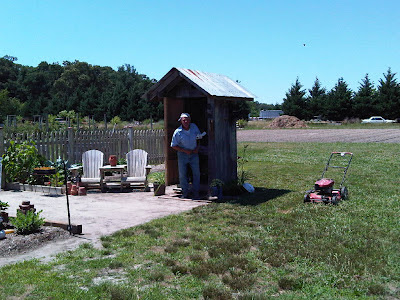 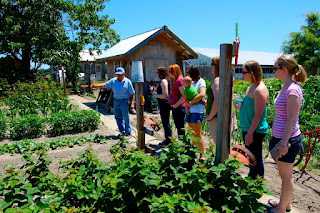 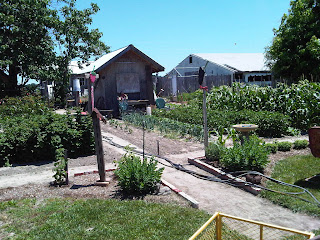 Sadly, the blackberries weren’t ripe enough to be picked, because as Jack said, “That Mother Nature is a hussy!”

We’re planning to go back after Mother Nature wises up and cooperates with Jack. I’m looking forward to talking to him about his chicken feed. He makes his own and according to him, he gets 14 eggs a day out of his 10 chickens. Tall tales, indeed.

We found ourselves famished and thirsty after the farm visits, so we headed to The Market Street Pub for some deliciousness. I was too hungry to take any pictures of our food, but I did snap a shot of our Orange Crush pitcher. 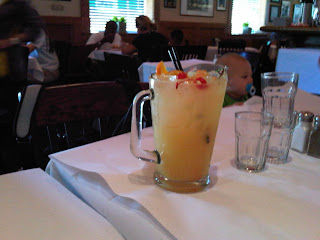 After the pub, we bid adieu to Meghan, Sherye, and their babies and headed over to Black Anchor Tattoo to get some work done. Sara now has Harry Potter stars behind her ear, Jamie got a peace sign behind her ear (there was a DUDE – SWEET moment at the tattoo shop, which was hilarious), Angela has a gorgeous pattern going down her spine inspired by wrought-iron gates, and I now have this (inspired by my dad's photo on the right): 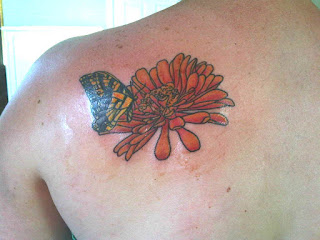 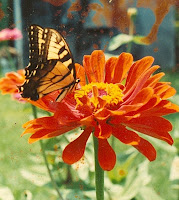 It looks pretty gross in that photo, because it was newly finished - irritated and weeping. I’ll post another photo when it has healed. I have to say that it hurt way more than I remembered tattoos hurting, and it took a little over two hours! After the first minute I was thinking, “I wonder if it’s too late to get him to stop.”  I’m very glad that Angela ended up getting her back done at the same time, because it was nice to have someone to suffer with. Sara and Jamie’s tattoos were done in no more than 15 minutes. Lucky girls.

I still have to get the Sagan quote added. I didn’t like the layout that the shop did with the words going through the butterfly's wings, so I’m going to go back once it’s healed and figure out a way that we can work in the quote around the tattoo or maybe to the side somewhere.

After tattoos we went to Harry's on the Green for some tasty drinks, plus delicious fried pickles and green beans.

As if all of that fun wasn’t enough, we also had book club on Friday night. Wine, cheese, and tasty noms. It didn’t go as late as usual, probably because the book (Still Life by Joy Fielding) was awful and most of us were exhausted from our busy day.

Saturday brought more shenanigans at the 2nd annual Southern Summer Cocktail party and we also got a bushel of crabs on Sunday. It was a crazy fun and busy weekend and now I am completely worn out.

I can’t wait for a 7 p.m. bedtime this evening!