The last few weeks have been incredibly busy, and it's only going to get worse. Fortunately the end is in sight - I have nothing planned for the first weekend of November, and it is going to stay that way!

My girlfriend visited with her kids and hubby last weekend. We had a fun-filled weekend of pumpkin picking, alpacas, the Renaissance Festival and of course the Things game... or as my girlfriends and I call it, "Things in a box." Because, you know, it comes in a box. Duh. 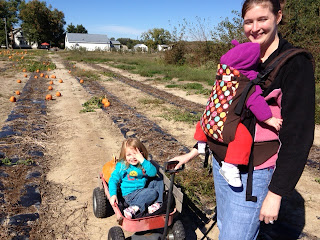 Jen pulling Annabelle in the wagon while carrying Caroline... supermom! 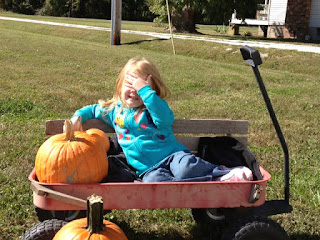 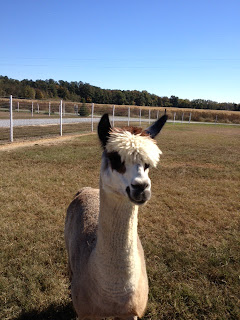 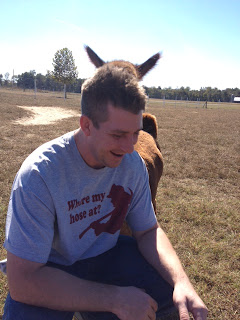 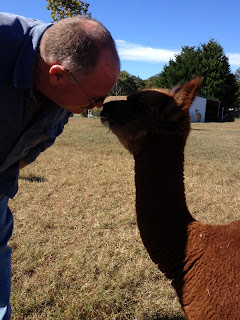 This baby loves Phil... he's the alpaca whisperer (and also the owner of the alpaca farm) 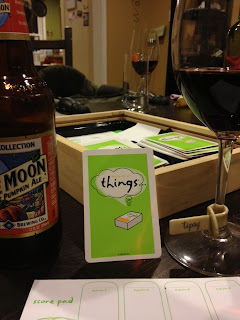 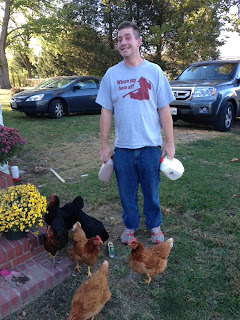 Our game of things in a box and Jay carrying in the milk from Nice Farms Creamery.
The products from Nice Farms are sooo freaking delicious. I've been buying their milk and yogurt for a few weeks (since the party). They recently announced that they are now making butter as well... I can't wait to smear some on fresh-baked bread. I've taken a bit of a break from baking over the summer. Now that the weather is cooler, I'm finding myself yearning for hot french bread out of the oven.

The reason I took the photo of Jay carrying the milk is because our chickens follow us everywhere... they think that they're dogs. They kind of are, I suppose. They come running when you call them and even come running when they see my car pull up. We give them treats and they're constantly underfoot and trying to sneak into the house. Naughty chickpoos. 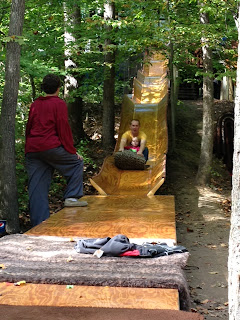 Tim taking Annabelle down the slide at Ren Fest 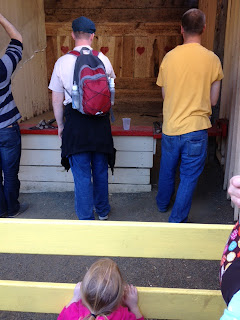 Jay and Tim throwing pointy things... what goes better together than beer and sharp objects? 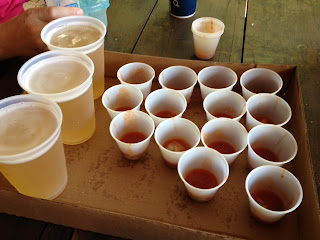 Nom nom nom oyster shooters! This is one of my favorite parts of Ren Fest 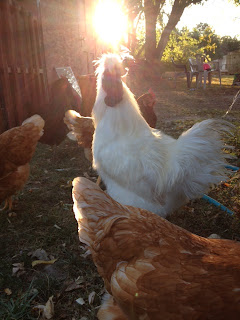 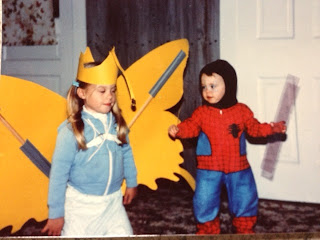 One of my coworkers/old neighbors stuck this in interoffice to me. It totally made my day. This is me and my neighbor Neil in 1985. My dad made me my costume (looks like my antenna broke!). I love the duct tape on my wings... thanks, Dad! :) 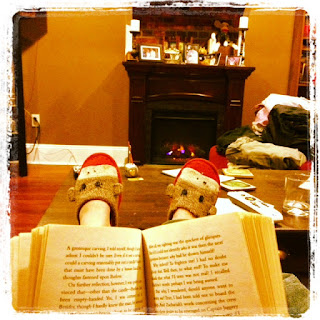 This is one of my favorite fall activities...reading in front of the fireplace. :) 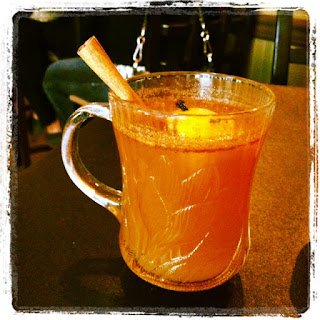 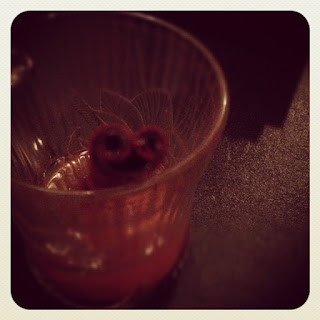 Even my straw is happy, look at his smiling face!

There's a lot going on at work, home and pretty much in every aspect of my life right now. To be quite honest, it sucks. Work is busy and I've had some problems with the physicians' holiday schedules. Like getting emails so nasty that they make you cry kind of problems. It hasn't been fun. My volunteer position with the group in NYC hasn't kept me as busy lately, I think others have stepped up in my place because I'm not getting nearly as many emails or as much harassment. It's been nice. I'm supposed to go to the board meeting in NYC next weekend, but I really don't want to go. Since I'm stepping down, I don't feel like I have much to contribute, and I'm just tired of dealing with anything involving the group.

This weekend, Jay and I will be going to New Castle, PA to investigate Hill View Manor  with some of the celebrity ghost hunters. This is our fifth event and we're getting antsy to form our own group and go out on our own. We've grown more skeptical in our investigative tactics, so I hope that we get some crazy evidence this time. We used to be huge believers in the "flashlight test", but then realized that it's often just a malfunctioning flashlight. We did use the flashlight test in our own home and came up with some pretty wild results, but I think it requires more testing. I think it could possibly be used as an effective technique IF controls were put in place - using 3 flashlights, asking to light up certain flashlights, asking control questions and the like.

I wish I had more time for things like ghost hunting!

That's all for now... maybe next week I'll have some scary ghost pictures to post. ;-)