Well, we never ended up tearing up the carpet. Maybe we’ll leave it on until the drywall is installed in dad’s old workroom.

A good time was had by all, even though there were two significant injuries. Doug and Marty were horsing around and Doug’s head met our brick steps. I’m surprised that he didn’t break the bricks! He could’ve used some stitches, but he said he’d be fine without them. The second injury was to Beth, who slipped with the oyster knife and stabbed herself in the hand. Fortunately first aid supplies were close at hand after Doug’s injury, so we got her patched up without too much trouble. The cat knocked over our dessert & Arnold Palmer table, which made a huge mess… and the cops cruised by after one of our guests decided to set off some fireworks late in the night. They stayed around the corner for a few hours to make sure it didn’t happen again.

We’re still trying to count the number of people that came, but I think it was around 45. Definitely a huge crowd.

I wish that I’d had time to take more photos, but I was too busy running around. It took me 4 hours before I was able to eat and grab a drink… then it still took me another 2 hours to eat my plate of food and finish my drink. Hopefully I lost some weight with all of my running around and lack of food!

Here is the night in photos (and a texting fail) 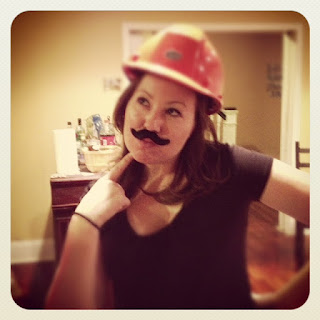 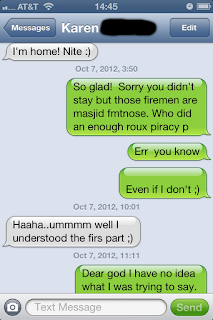 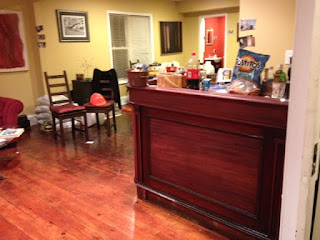 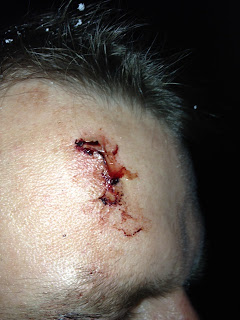 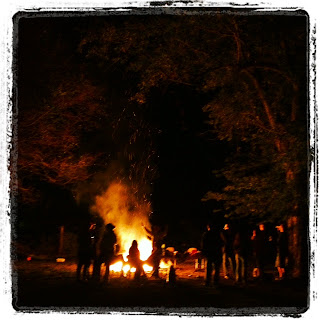 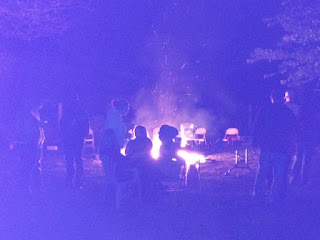 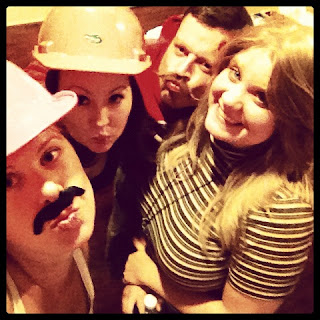 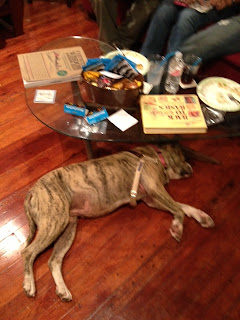 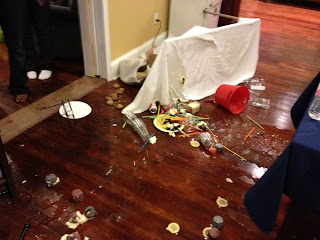