I really am a crazy chicken lady

Sixteen hours before I wrote this post, I received an email from My Pet Chicken with this subject line:

So... I did!
I have 15 babies arriving from them at the end of March. I wish that I could have picked an earlier hatch date, but oh well. The girls that I'm getting this time are mostly heritage breed chickens, unlike the Red and Black Stars that I bought last year from a local person and Tractor Supply.
I really loved the black, white & grey theme that my cousin has going on with her chickens, so with this selection, eight of my girls will have that coloring (although 3 of them will be black, the remainder will be black and white).
My dear friend Angela will be happy to know that in this batch of chickens, we will have some that look like they are wearing feather pants - I've ordered two silver laced cochins. 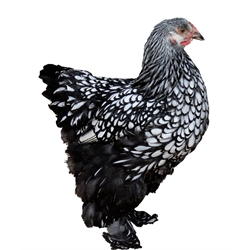 From what I read, they aren't particularly good layers, but they are sweet tempered and good mamas. Not to mention they are just so pretty! If they go broody, I will just have them hatch out some peeps.
I'll continue down the list:
Rare Marans Collection - ordered three 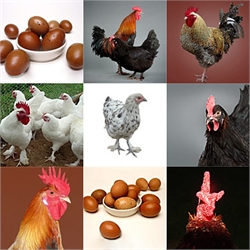 These girls lay the most beautiful brown eggs... if they are crossed with Araucanas, the offspring will often lay an olive green egg. I may have to get an Araucana rooster at some point to make this happen.
Anyway, with this selection, I can get a variety of different rare Marans... not sure which ones I'll get, but I'm sure they'll be great birds. 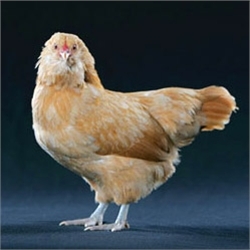 So excited to finally get a few Easter Eggers! These are the chickens that lay funky colored eggs. I'm getting three of them. 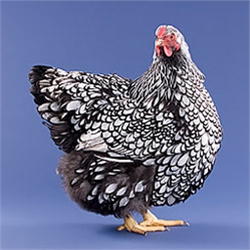 I've ordered 2 silver laced Wyandottes. I saw some at the DE state fair this year and they are sooo pretty. Their feathers look like dragon scales. 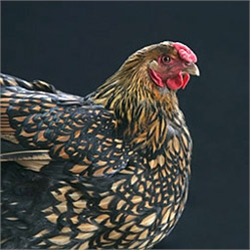 I needed a bit more color... this is a Golden Laced Wyandotte, just ordered one of them. 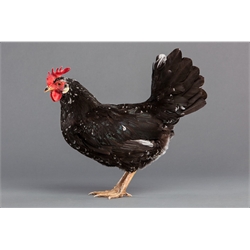 This beauty is an Ancona, which is one of the types that my cousin has. They're supposed to be great foragers and their feathers are neat. Ordered two of these. 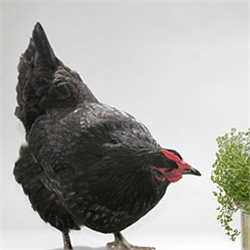 Last but not least, I ordered three Australorps. One of my old bosses swore that they were the best chickens he ever owned. And apparently, he'd owned a lot of chickens.
So... this brings us up to 25 chickens now - and I'd like to hatch out a few Mouse/Ginger or Mouse/Mab crosses to see what a black or red star & silkie mix looks like. :)
Jay is planning to build a shop/shed/man cave with a larger attached coop. The plan is to move our current flock out to the new coop and keep the new girls in the old coop until they're big enough to be integrated.
There are still no plans for this weekend, although I wouldn't mind checking out the Waterfowl Festival at some point.