Last weekend, Jay and I spent our first free weekend in four months planning our trip to Australia. We also spent a ridiculous amount of time vegetating in front of the TV, but I think we deserved it.

I wish that we were able to leave on May 10th as we had originally planned, but our friends are getting married that day. I guess that I should be thankful that they’re getting married on Friday instead of Saturday. So now we get one less day in Australia and one more day in New Jersey. Not a great trade-off, but we do love Rick and Morgan.

So we will leave NJ/MD sometime Saturday morning (probably with quite the case of the wine flu) and head to Los Angeles for the day. Flights to Australia don’t leave until after 9pm, so we’ll have the better part of the day to explore the city and tire ourselves out. We’ll be in for 20 hours of air travel (after the flight to LAX), so hopefully we can get some sort of sleep on the plane. Ambien will be my friend.

We will arrive in Brisbane at 11 a.m. (Oz time) on the 13th, which is 15 hours ahead of EST. Let’s hope that I adjust quickly, because we’re going to hit the ground running. 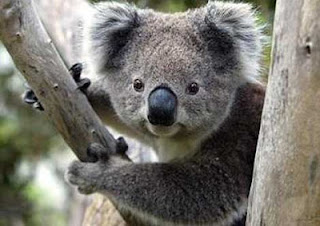 Our first day depends on my Aunt Nancy. I originally planned to get a hotel in Brisbane the first night so that we could acclimate to the time difference and visit Koala Pine Sanctuary to snuggle a koala. Now I’m thinking that to maximize time with my aunt, I’ll ask if she’d be up for picking us up at the airport and check out the sanctuary with us. After the sanctuary (or the next day), we will travel an hour south to SurfersParadise and Coolangatta. 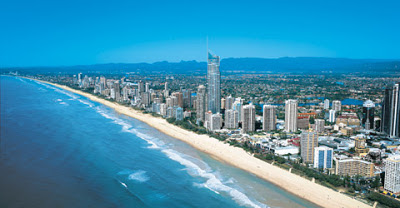 We will spend the 13th-19th hanging out with my Aunt Nancy and Uncle Darryl in Coolangatta and Surfer’s Paradise. I’m really looking forward to it, as it has been ages since I’ve seen them – probably six years and they have never met my husband. It’s going to be a blast… I can see us getting into all sorts of trouble. So those six days will be spent eating, drinking and making merry. While we’re there, we’ll probably go to another critter sanctuary and whatever touristy thing Nancy suggests. I haven’t done much research into those places.

On Saturday the 19th, we will depart Surfer’s Paradise for another paradise 1200 kilometers north. We’ll fly to Airlie Beach, which is the gateway to the Whitsunday Islands. 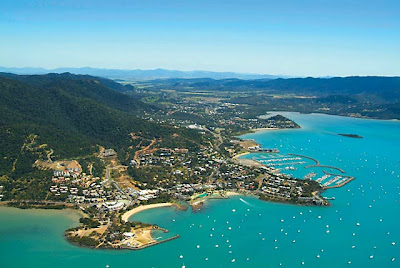 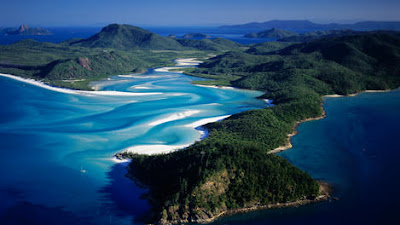 We’ve decided to book the Whitsunday Blue  for a 2 day, 2 night sailing adventure. From what I’ve read, a live-aboard boat is the best way to see the Whitsunday Islands. The Whitsunday Blue is a catamaran, which makes for a little less seasickness. This boat also has private cabins with bathrooms, which is pretty much unheard of for most live-aboards. It only takes 8 guests, so hopefully they'll be cool. We get along with most people, so I'm not too worried. We’ll be leaving on our adventure on Monday the 20th and will return to Airlie Beach on Wednesday the 22nd. 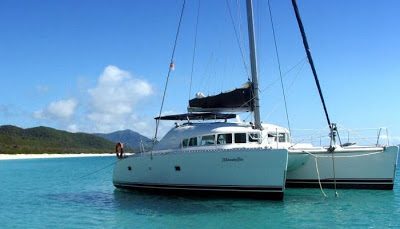 No time to rest when we return to Airlie Beach on Wednesday! There are only 3 full days left of our trip and we need to make the most of our remaining time. We will be hopping in a rental car and driving towards Dimbulah, Queensland  (700-ish kilometers from Airlie Beach). 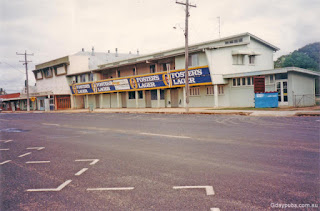 Chances are high that we won’t make it all the way there and will have to rest for the night. This portion of our trip will be our Outbackish portion. Our final destination is not Dimbulah, but Almaden. 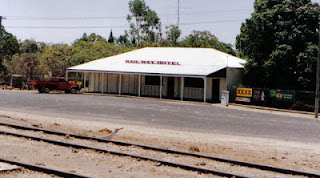 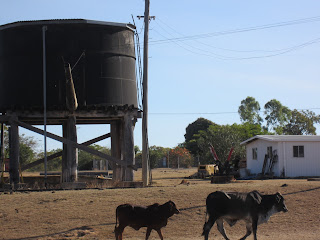 Or maybe Tyrconnell. We’re not sure.  We're kind of winging this part of the trip. Hopefully there will be no international incidents. No tractors or kangaroos crossing our path. That kind of thing. I'd like to think that we learned our lesson after that tractor mishap in Ireland. 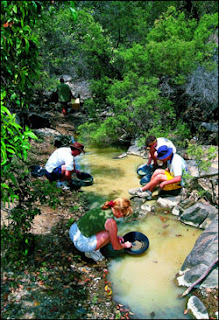 Once we’ve tired of small town life, we will be on the road to Cairns, our final destination in Australia. We may book a reef trip while we’re there. This one  looks promising. They even have an introductory scuba, which I'd like to try. 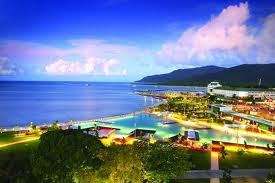 We will be departing Cairns for Auckland, New Zealand on Sunday, the 26th. New Zealand remains to be planned, but we know for sure that we’ll be visiting Hobbiton and Waitomo Caves. 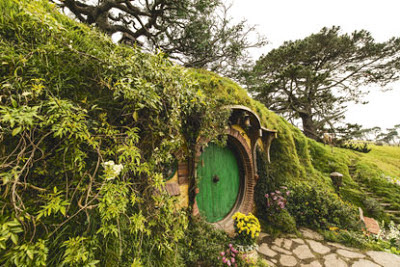 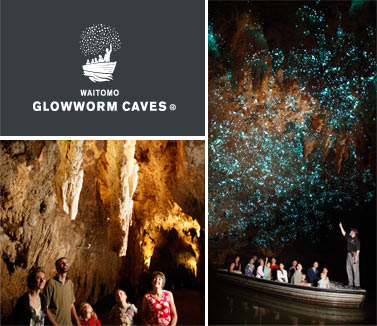 More on New Zealand once we figure out everything we’re doing. Previously, I said that we were going to hike Mount Doom. However, it will depend on the weather and if we’re feeling up to it. I don’t know how much strenuous activity we are going to feel up to. It is vacation after all! 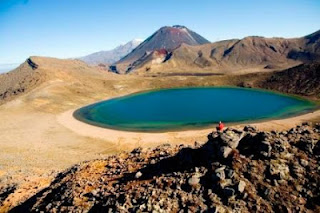