I'll apologize for this rambling post. There have been a few different versions as I was trying to work stuff out. I considered never posting it at all, but just in case it helps someone out, I thought I should put it out there. Maybe someone googles, "reverse culture shock" or "yearning for something more." Or maybe even "crumb snatchers." Who knows. But I hope that someone reads it and can relate to it. 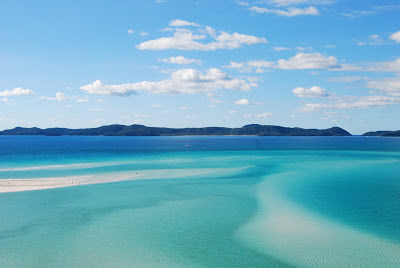 Yes, this place is real. I've been there. I took the picture.

Since I returned from my trip, I’ve been suffering from reverse culture shock. Yes, I know it's a bit ridiculous since I was gone for only three weeks. Plenty of other people go on holiday, ahem, vacation for a month or longer, although not typically in the good ole USA. People hardly even use all of their meager vacation time here. On the other side of the ocean (in either direction), lots of young adults take gap years to travel the world. Oh how I envy them. 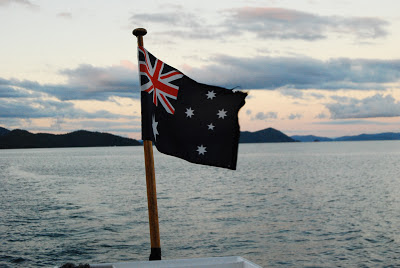 Your experiences change you. Sometimes the changes are temporary; others are permanent changes.

When I was 25 and my father died, it changed me permanently. It aged me in many ways. I realized that nothing is ever certain. It made me desperate to cling to anything that was the norm while he was alive (i.e. ex-boyfriend who I should’ve ditched way sooner). It made me a little on the impulsive side… since nothing was ever certain, why not live for today and for this very moment. I did a lot of stupid shit. 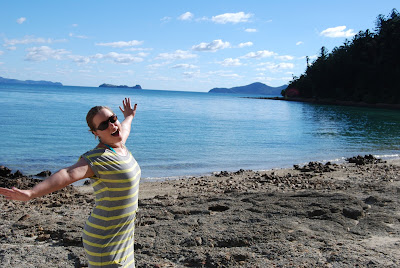 Visiting Australia and New Zealand has changed me. In some ways I know that the changes will be temporary; jet lag, being back at work, driving (okay, riding – Jay did all the driving) on the other side of the road… the usual stuff. Mostly it's given me a yearning for something more. A new childlike wonder of the world - it's such an amazing place. People on the other side of the planet speak our language, yet are different in so many ways from us. For the first time, I think I would be more than capable of joining Josh Gates and his crew from Destination Truth. Searching for ghosts in Antarctica? That sounds fun! Diving to search for mermaids in Israel? Count me in! 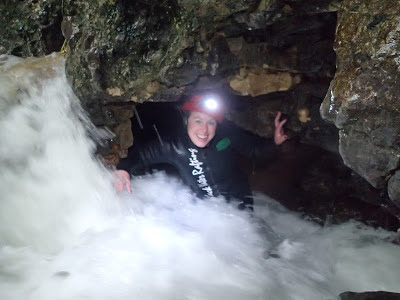 Survived the double waterfalls of doom. One of the craziest things I've ever done and I loved every second.

My life seems to have come to a crossroads. Or maybe I just think it’s at a crossroads. Maybe this wouldn’t be so panic-inducing if this hadn’t come at a time when we are finished the house, financially stable and planning for little crumb snatchers. Maybe because of aforementioned crumb snatchers, I want a better life for them. A better life for them and me - which means getting as far away as possible from immediate family members who drive me mad. Or maybe I'm just enjoying my life so much that I'm worried that kids will put a damper on my vacation plans. Sorry kids, we're not going to Disneyland - we're going to Uruguay. 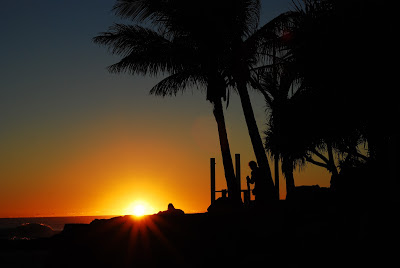 There is an Aborigine with a didgeridoo in this picture. I wish I'd been able to frame him playing it.

Australia is an amazing country. I love the people, the lifestyle, the egalitarian society, the free healthcare. Australia is a liberal’s utopian world (apart from the blatant racism that I witnessed, which was bizarre and went against everything they seem to stand for). They eat healthier and seem to take better care of themselves than Americans. People there are engaged with each other; you see them being more aware of their surroundings and not occupied with their phones. And most of them seem genuinely happy. 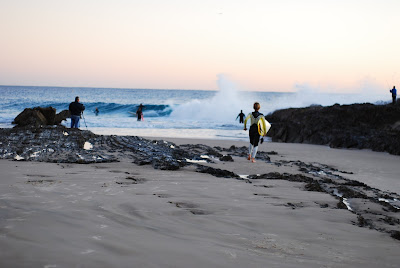 Bill Bryson is one of my favorite authors (I swear I'm going somewhere with this). Perhaps it’s because he writes travel books and I adore his sense of humor. His book In a Sunburned Country is my current favorite. After visiting the country, there is just no way that I could better summarize Australia. 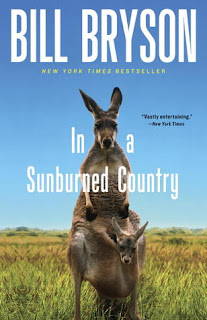 Here are two of my favorite excerpts:

“The fact is, of course, we pay shamefully scant attention to our dear cousins Down Under- not entirely without reason, of course. Australia is after all mostly empty and a long way away. Its population, just over 18 million, is small by world standards - China grows by a larger amount each year- and its place in the world economy is  consequently peripheral; as an economic entity, it ranks about level with Illinois. Its sports are of little interest to us and the last television series it made that we watched with avidity was Skippy. From time to time it sends us useful things-opals, merino wool, Errol Flynn, the boomerang - but nothing we can't actually do without. Above all, Australia doesn't misbehave. It is stable and peaceful and good. It doesn't have coups, recklessly overfish, arm disagreeable despots, grow coca in provocative quantities, or throw its weight around in a brash and unseemly manner.”  (since publication Australia's population is now at 23 million)

“The people are immensely likable— cheerful, extrovert, quick-witted, and unfailingly obliging. Their cities are safe and clean and nearly always built on water. They have a society that is prosperous, well ordered, and instinctively egalitarian. The food is excellent. The beer is cold. The sun nearly always shines. There is coffee on every corner. Rupert Murdoch no longer lives there. Life doesn't get much better than this.”

When I arrived in Brisbane and hopped in my aunt’s car, I felt like I was going home. It felt strangely familiar. Three days spent in Coolangatta reminded me of going to Rehoboth Beach as a kid. It just felt right. 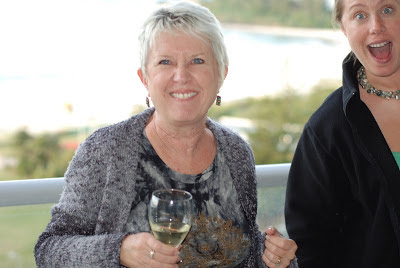 So I’m mourning the loss of my vacation and missing my auntie. I’m also wishing that I didn’t have this daily drudgery of going to work. I wish that I could do something else. In Australia, of course. What that is, I’m not quite sure. Don't get me wrong, I have a great job here. It pays well for the area (it should for some of the crap I put up with) and I have a nice flexible schedule. I even like most of the people that I work with. I also have FANTASTIC health insurance. Vacation time, not so much. But yes, it's a job and I am thrilled to be there.

Then there is the question:  Would my personality type even allow me to have a job that I adored 90% of the time before getting bored? I've probably changed my mind 10 times in my adult life about what I want to be when I "grow up." Just in the past year I've given serious thought to becoming a nurse or a social worker. Even my associate's degree is in general studies. With an emphasis in psych and business, of course. One of these days I need to just pick something and get a 4 year degree. One day. Here or somewhere else. 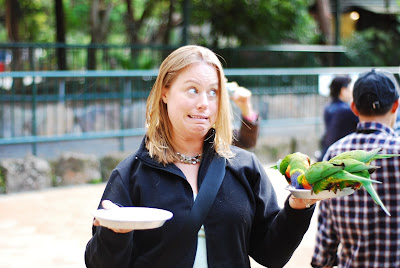 Maybe I could be a professional expressionist? Is that a  job? I'm great at making faces!

Okay, enough with the rambling. The next paragraph is what I've been trying to get at this whole time.

Since I’ve been home I’ve investigated how I can get to Australia permanently. If I ultimately decide that OZ is where I belong, getting there will be a huge challenge, as getting a visa to live there permanently isn’t easy. There are an awful lot of big decisions to make, but they start with small steps. However, the steps start with big decisions like what I should actually get a degree in. Or if I should take up something like becoming a wool classer or no, wait... a poultry farmer! Seriously. The wool classer is on the state sponsorship page for Western Australia as an occupation in demand. The poultry farmer is on a second list called schedule 2, where they have other occupations that they issue limited numbers of visas for. Hey, I'm kind of a poultry farmer. This hobby of mine might get me to OZ after all. 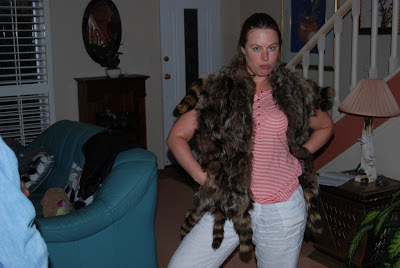 All of that said - to feel like I’m taking action I’m getting my open water diver certification. In some weird way, it's a connection to Australia for me. Becoming a scuba instructor (which itself would certainly take a lot of time and cost a lot of $$) is probably not the route that I would go to get to OZ, but getting my open water would be the first step. So on July 10th, I'll be strapping on 60 pounds of gear and jumping into the pool. I'm sure that I'll be thinking more clearly then. 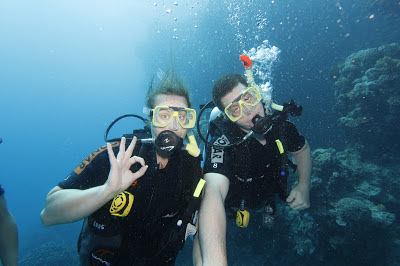 More photos of the trip and less rambling about my life to come soon, I promise. Maybe even this weekend. We have a 202 list (101 wasn't enough) from our journey, which I'm hoping to share. Although there are a few things on that list not for public consumption! :) 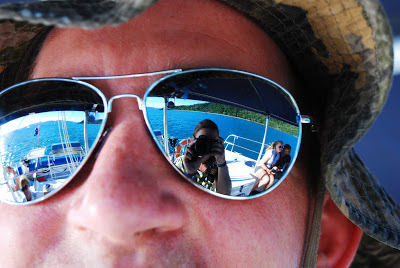