Last weekend we packed up the family and headed down to visit our friends at Snowshoe, WV. 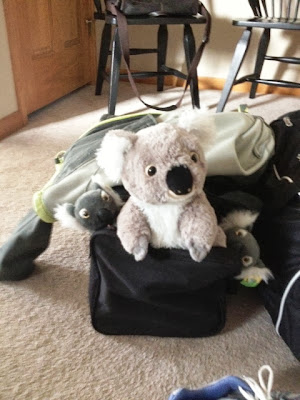 It also happened to be the same weekend as Blues, Brews & BBQ. Perfect timing. 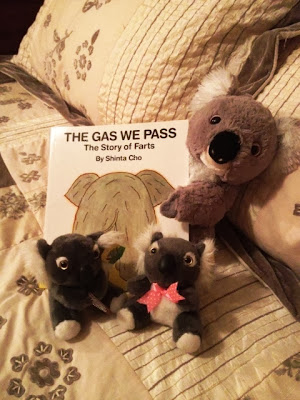 Our friends' daughter Grace was turning 2, so we brought her some books. However, we didn't want her almost 4 year old brother to feel left out, so Jay picked out a book for him. 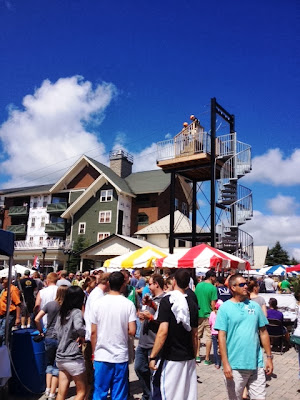 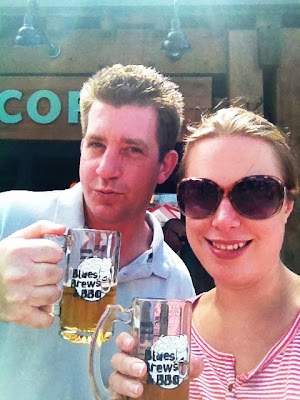 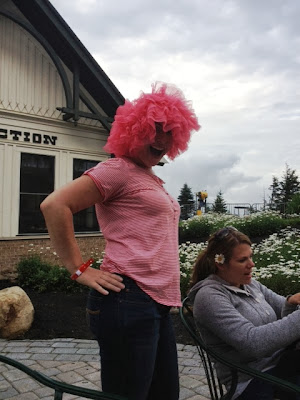 Grace grew tired of her birthday tutu, so everyone took turns wearing it. 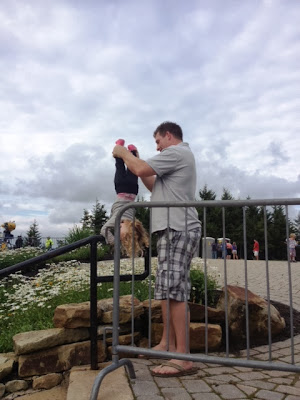 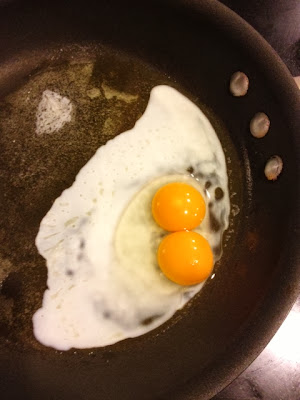 We arrived home to discover that two of our new girls finally started laying... AND one of our roosters was missing. A few feathers were the only clue of his disappearance. 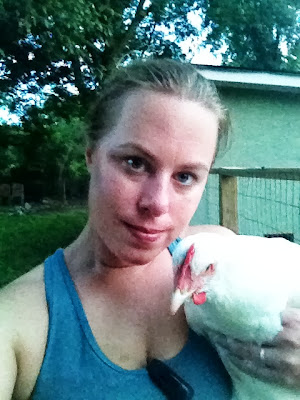 Post-run and filthy from wing clipping. This is Lucky, no worse for the wear after her neck degloving injury when she was two weeks old

Monday morning I received a phone call from one of my girlfriends. A neighbor had posted on my Facebook page that a dog was attacking our chickens. That explains what happened to the rooster!

I'm pretty sure that the dog belongs to one of the neighbors at the end of our village, but of course they don't keep it confined to a yard or tied up. I can't blame the poor dog, it's the people that are the problem. Our neighbor called animal control who caught it and took it to the humane society. The animal control officer said that someone pulled in the driveway after they caught the dog. The person claimed that the dog had been hanging out there and they thought that the previous owners had left it. I don't buy it for a second... I'm sure that the person was just worried about getting in trouble.

The neighbor managed to get the hen away from the dog. It looks like it was my silver laced wyandotte, who is a gorgeous bird. She doesn't appear to have any blood or wounds fortunately. Poor girl.

The flighty hens (Anconas, White Marans, Easter Eggers and Wyandottes) all had their wings clipped when I got home from my run at Adkins Arboretum. No more escaping their run to get into trouble. Only supervised free ranging from here on out! 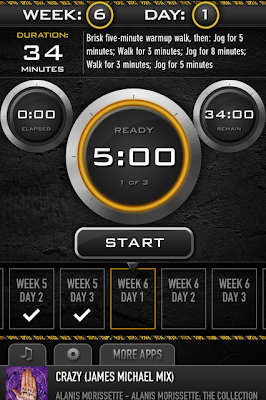 Running is going well. I'm slow, but I've been sticking with the C25k program. I start Week 6 with my next run. Last night I was supposed to run 20 minutes straight with no stopping. I opted for a lovely wooded path that turned out to be narrow and filled with roots and spiderwebs. So between the arachnoleptic fits and tripping over things, I made it to 11 minutes before I had to walk. However, I only walked for a minute & a half before finishing the rest of the program. Not too shabby.

Our SCUBA class is almost over. It's been a lot of fun and I will miss the regular pool work. I never thought that I would end up being so comfortable underwater - especially considering my fear of deep water. The difficulties that I had doing the skills during Discover SCUBA in Australia are almost laughable to me now. I can now set up my gear, doff and don my SCUBA equipment at depth and the surface, remove & replace my mask and clear it, use an alternate air source, recover my regulator, maintain neutral buoyancy (it's admittedly a work in progress), do a tired diver tow, all sorts of things.

The final exam is on Wednesday and we'll be doing our open water checkout dives on September 28th and 29th at Lake Rawlings. I was hoping to get our Advanced Open Water course completed next... which we really could do by mid-October. However, we are hoping to buy a new car by the end of the year and we need to put any extra cash towards a down payment. Not to mention that we'll probably be spending a lot of money when we get our puppy! No word on a breeding yet, so it looks like we'll be bringing home puppy closer to Christmas or even January.