So I finally broke open the winemaking kit that Jay got me for Christmas last year! It's much easier than I realized. Kinda makes me want to grow my own grapes. 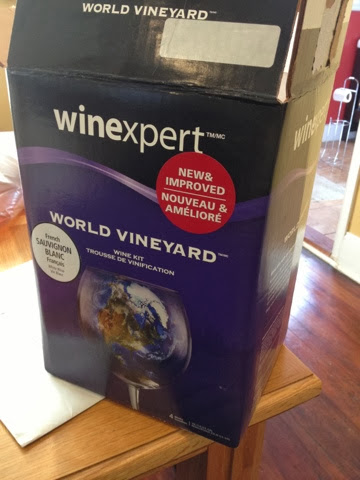 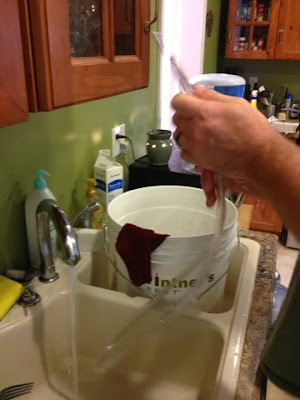 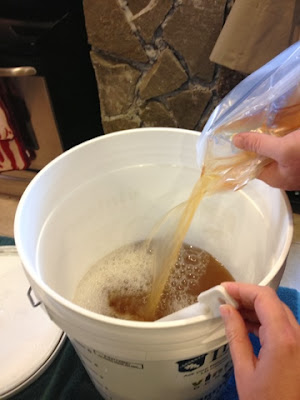 At the very least, the first stage was pretty easy. After a few more days, we'll read the specific gravity of the mixture to make sure that the fermenting is ready to move on to the next stage. The wine will go into the carbiner and get some stuff added to it next. It should be ready to bottle for aging in early December. It will make over two cases!

This morning I ran the SeaWitch 5k. It was lots of fun... very low-key and a great course. Nice scenery and most importantly, it was flat. I felt that I was much faster than last time but not according to my running app. Then again, I was running in costume and had to stop or slow down to nearly stopped a few times to put my dagger back in the holder or fix my skirt. 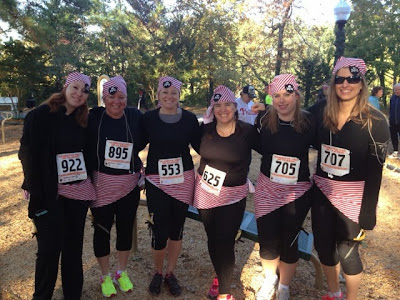 The exciting news is that I ran for the entire first mile, which I don't think I've ever done before. I ran the first mile in 12:41 according to my app. I wish that I had paced myself a little better, but overall I'm proud of how I did. I haven't seen the official results yet, but I'm expecting to be around 40 minutes again. 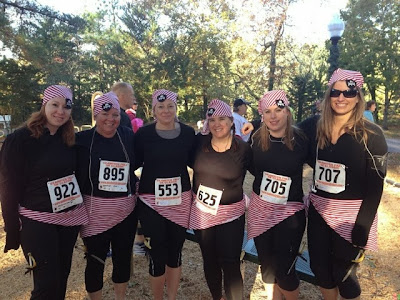 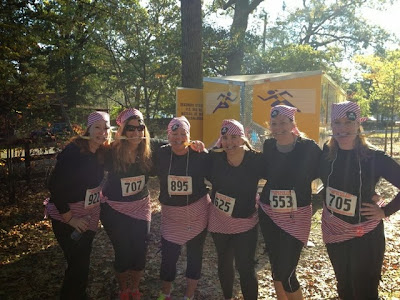 This was post-race... look, we don't even look winded. We could just keep on running... HA!

There are a few more runs in my future... I'm definitely planning on the Turkey Trot next month. After all, it's only two miles. Hell, I might even be able to run the entire time. The week after the Turkey Trot is the run for hospice in Easton. Of course, that's assuming that I'm off work on that day. We'll see I guess.