We had an awesome time this weekend... I took some more photos around the campsite and quarry with my D80, but I'm sharing some blurry and crappy screenshots from this fun little digital video camera (waterproof to 100') that I got on Amazon for super cheap. It doesn't hold a charge for more than an hour and a half, but it should be great for diving in the DR. I'm going to try plugging it in to a conventional wall charger to see if it works. 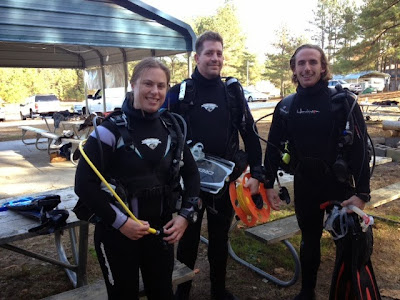 This was our buddy group for Advanced Open Water... me, Jay and Travis. We were the only AOW students with Sea Colony over the weekend, so we were the cool kids to the Open Water divers.

After our Navigation and Peak Performance Buoyancy skills, we were able to explore the quarry on our own 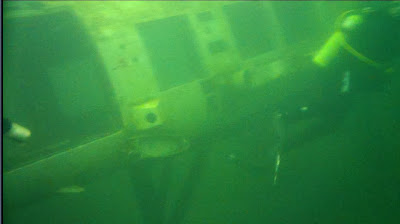 This is "Blackhawk Down" at Lake Rawlings 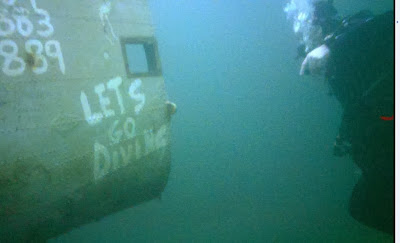 Going to the rear of the helicopter 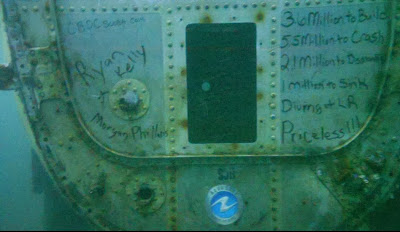 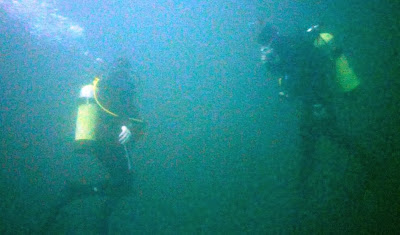 Jay and Travis were kind of a bad combination to dive with. I was the voice of reason while they wanted to push the limits. Here, they contemplate going into the deeper water. We'd been told to keep it above 40'. My dive computer says we got to 40' exactly. 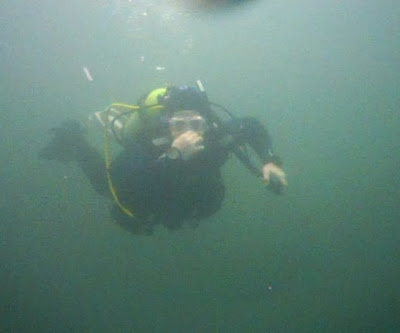 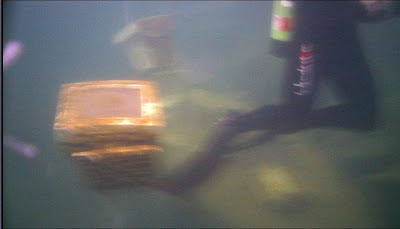 Blurry screenshot of the computer graveyard... there's all sorts of fun stuff at Rawlings 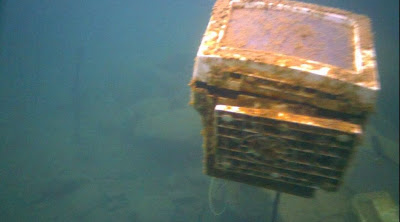 And a better screenshot of the monitor 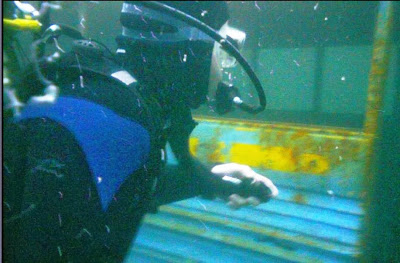 This is the bus... Jay and Travis of course went inside, but I was a good buddy and stayed on the outside in case someone got stuck. Hey, someone has to be responsible.

I wish that I'd been able to record our Deep Dive and Search & Recovery dives. Those were probably my favorites. After those, we were left to finish our tanks and goofed off around the sailboat from The Replacements. The opening scene was filmed there at Lake Rawlings. Our instructor, John Kiser, alleges that he taught Keanu Reeves how to dive. John has certified more divers than anyone in the world, so maybe he has? Anyway, it would have been fun to get that stuff on video, especially since my skills were better on the second day of diving.

If you want to get motion sickness watching the Blackhawk Down video, you can find it here: