The last week has been a whirlwind of activity and insanity. My sister in law came to visit, parties were hosted and attended, last-minutes gifts were ordered, cooking, cleaning, wrapping.

I'll give a full update soon, I promise. 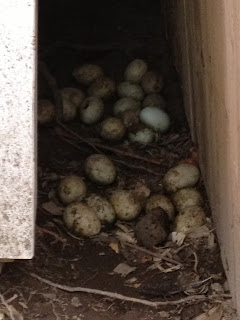 So I discovered why it seemed that the chickens were slacking off. It turns out that they had a secret stash of about two dozen eggs outside their coop. 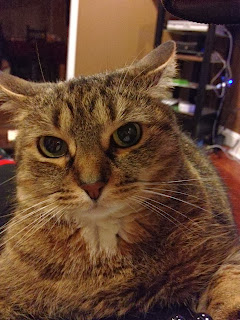 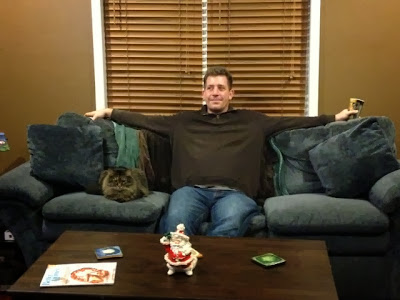 Jay relaxing at home after we returned from vacation. 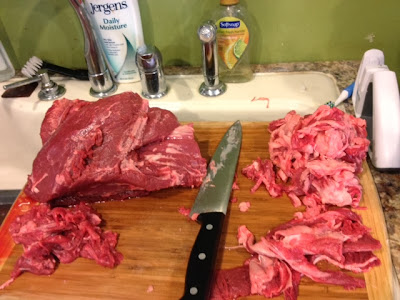 And meat prep before our party. I had purchased about a 4 pound beef tenderloin over the summer from Giant. I think it was on sale for $8 a pound or so.

IT WAS AWESOME. Literally one of the best things I have ever made, and so simple. I wish that I had documented each step... and in hindsight, I didn't even take photos of the finished product. I'll have to make it again to post. Basically, I made a rub of salt, pepper, garlic and adobo, then slow-roasted the tenderloin at 300. I finished it by searing each side on the stovetop. I let it rest for about half an hour before slicing it thinly. Then I made a fresh horseradish and creme fraiche sauce, coupled with toast points.

I'll post more photos from the party and Colleen's visit soon. I think.

In other news, I love the breeder that we originally chose for our Belgian Malinois puppy. However, no breeding has happened/taken since we visited in July (not necessarily his fault), and we really wanted to take our pup home by this time. So basically even if by some miracle, he has a dog bred today - we still would have no puppy until April. Which we have decided is not going to work for us.

Timing wise, it hasn't worked out. I'm evaluating several other options, and if all goes well, we may be taking home a puppy this weekend. There is a female pup who is actually Bear's daughter. I wanted a male, but I mean... her daddy is a movie star. Incredibly intelligent dog from great lines. But she comes with a hefty price tag.

There is another litter that is two weeks old, from Broadcreek Kennels. There is some negative press about them, so while they are local, I am a bit wary. They are also showline Malinois, where we wanted more of a working dog.

And finally, I happened across a litter of pups on a commercial website, then found a Craigslist listing for the same litter. Turns out that they would have similar bloodlines as our planned original Triple E pup. 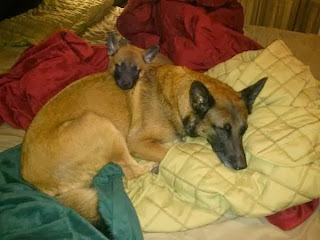 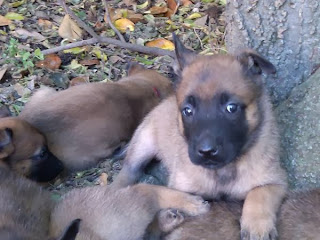 In other news, I decided to take that job offer. I gave notice at my present job last Friday. They were upset, but took the news pretty well overall. My last day with the group will be January 17th.

I'll be taking a week off to prepare for the new job. I'll also begin studying for my Series 7 exam soon. Probably the 2nd week of January. Originally we were thinking of going diving with that week off, but that's obviously not going to work with a new puppy.

Next year will be an exciting one for sure. Lots of challenges in 2014, but I am looking forward to them.