We tried to get Loki to choose his own name. Jay threw a treat on the floor, and so did I. We decided that whichever treat he ate first would be his name - Jay's treat would be Cinder, mine would be Loki.

So of course he ignored the treats until Jay pointed them out. He did point his out first, but Loki ate my treat first. I think it was more of Jay giving in than anything. So I guess this means that our first child will be named Cinder. :-P

Cinder had been growing on me, but I still think Loki will be a better fit. 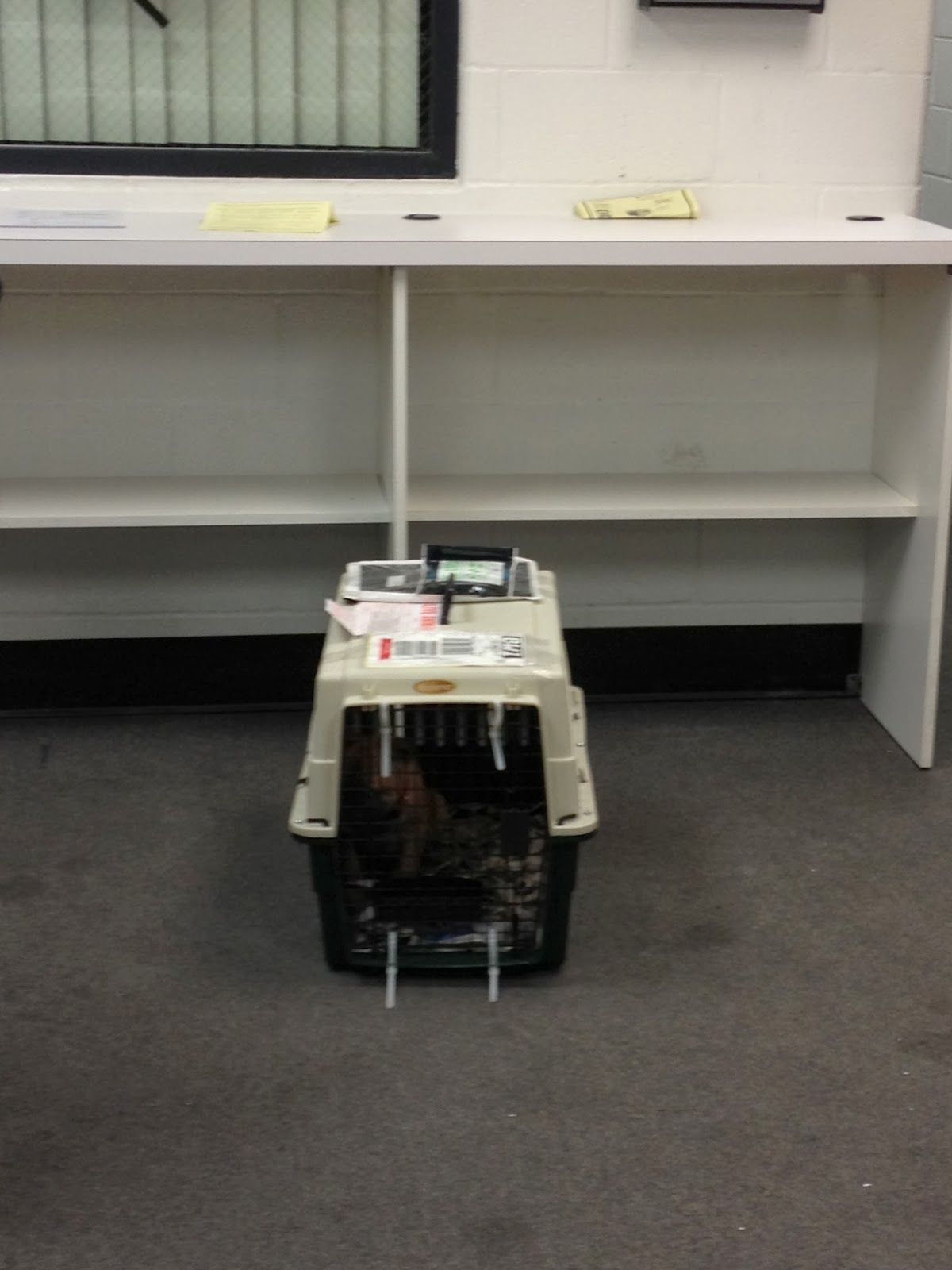 Picking up Loki at the airport... poor little guy. Took us a while to figure out the correct Cargo space. For the record, if you are picking up a puppy from BWI that flew Delta, you will go to Building B, Door 26 or 27. The chick in there was jamming out to some Evanescence and bore a strong resemblance to Amy Lee. Maybe she took some time off from touring to work pet cargo? He refused to come out of his crate into the cold, or to step onto the cold parking lot. Ultimately we put the kennel into the back of the car with the seat down and his bed in front of it. As soon as I buckled up, he came right out and sniffed around his bed. Guess he is not a fan of the cold! 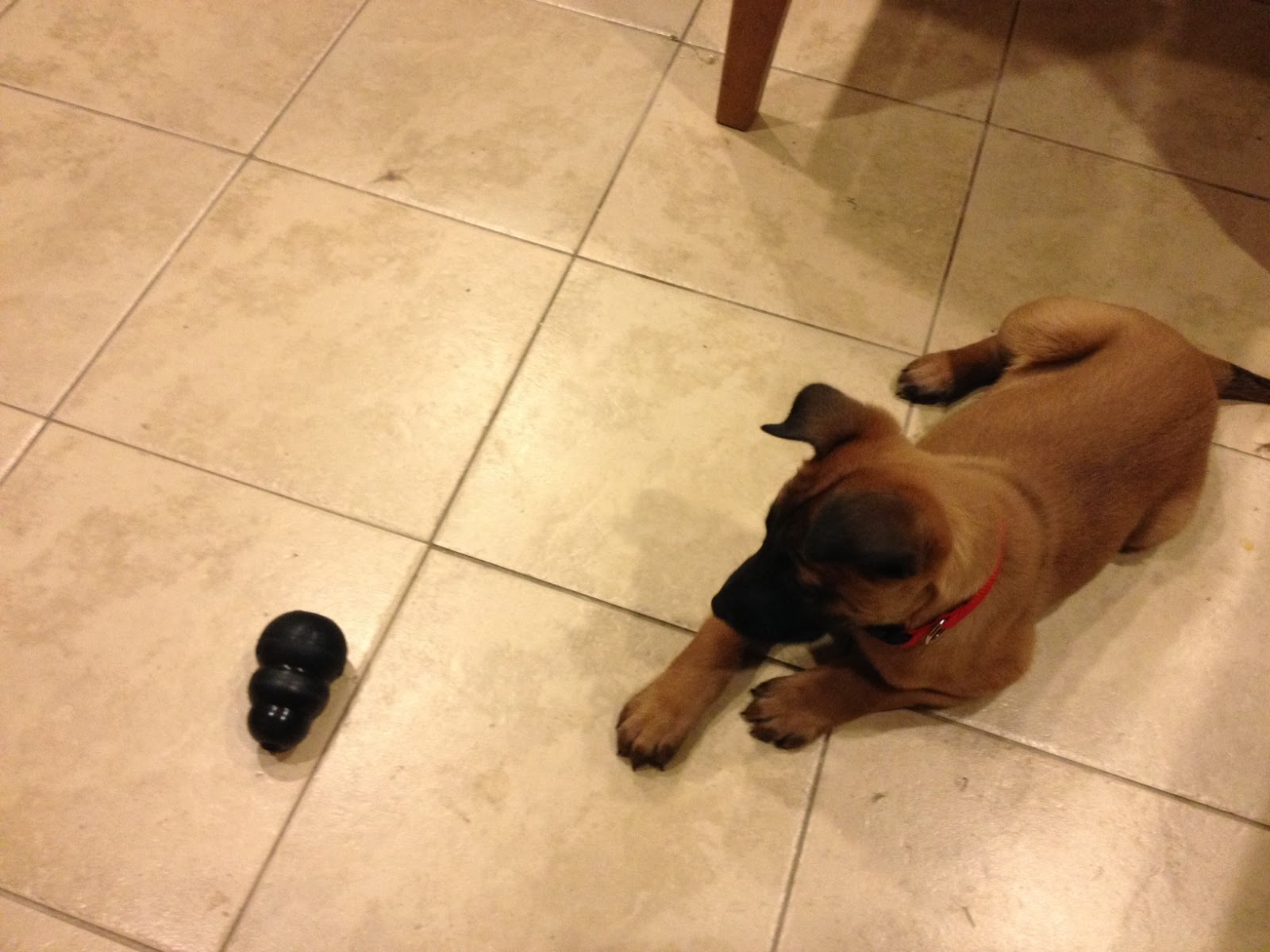 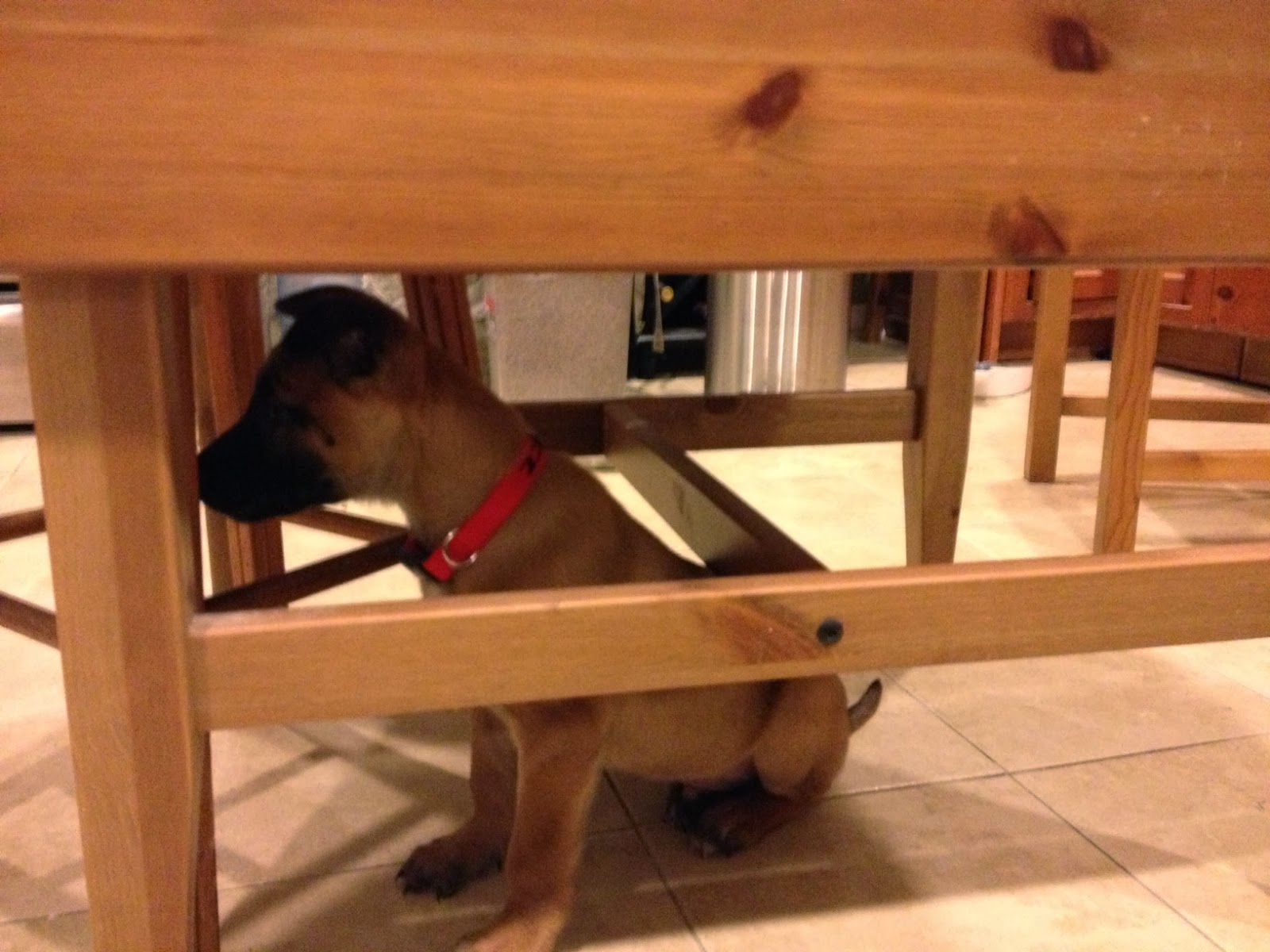 Loki in puppy jail. He got stuck under the table and couldn't figure out how to get out. It was ridiculously cute.

Last night he hardly cried at all, probably because he'd had such a rough day and was tired. He went to bed at 10:30 and started whining to go out around 5:15 this morning. No accidents in the crate, either. So far, so good!


All of that said, I'm pretty tired today because I woke up at the slightest noise. I was worried about waking up to take Loki out during the night. Turns out that I had to pee more times last night than little Loki!

Tonight we are having our first visitors and tomorrow we are going to the vet!
Posted by Lauren at 07:30