Here is a photo summary of the last month or so... 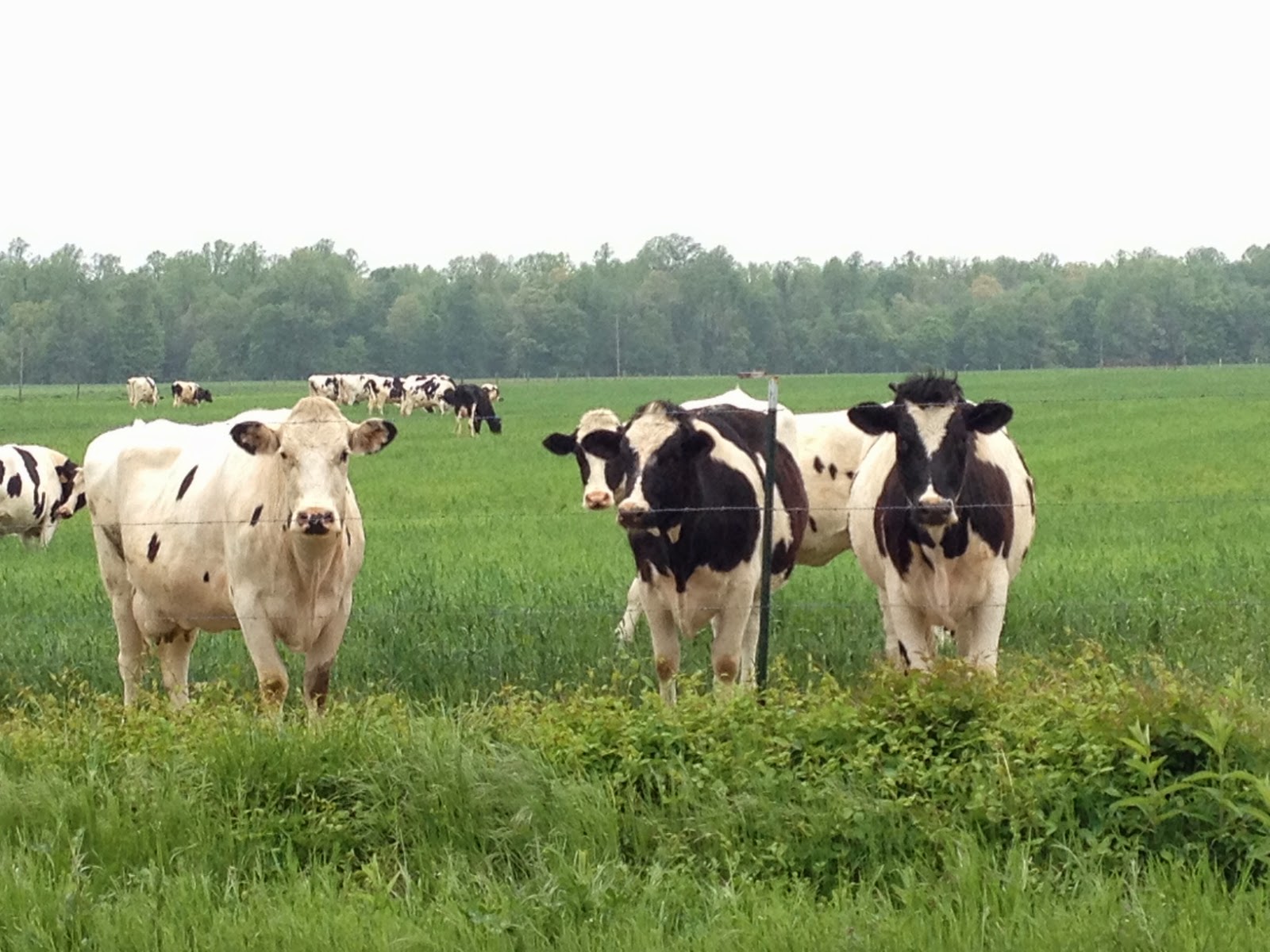 The cows have been grazing across the street again... they like to come over and say hello. 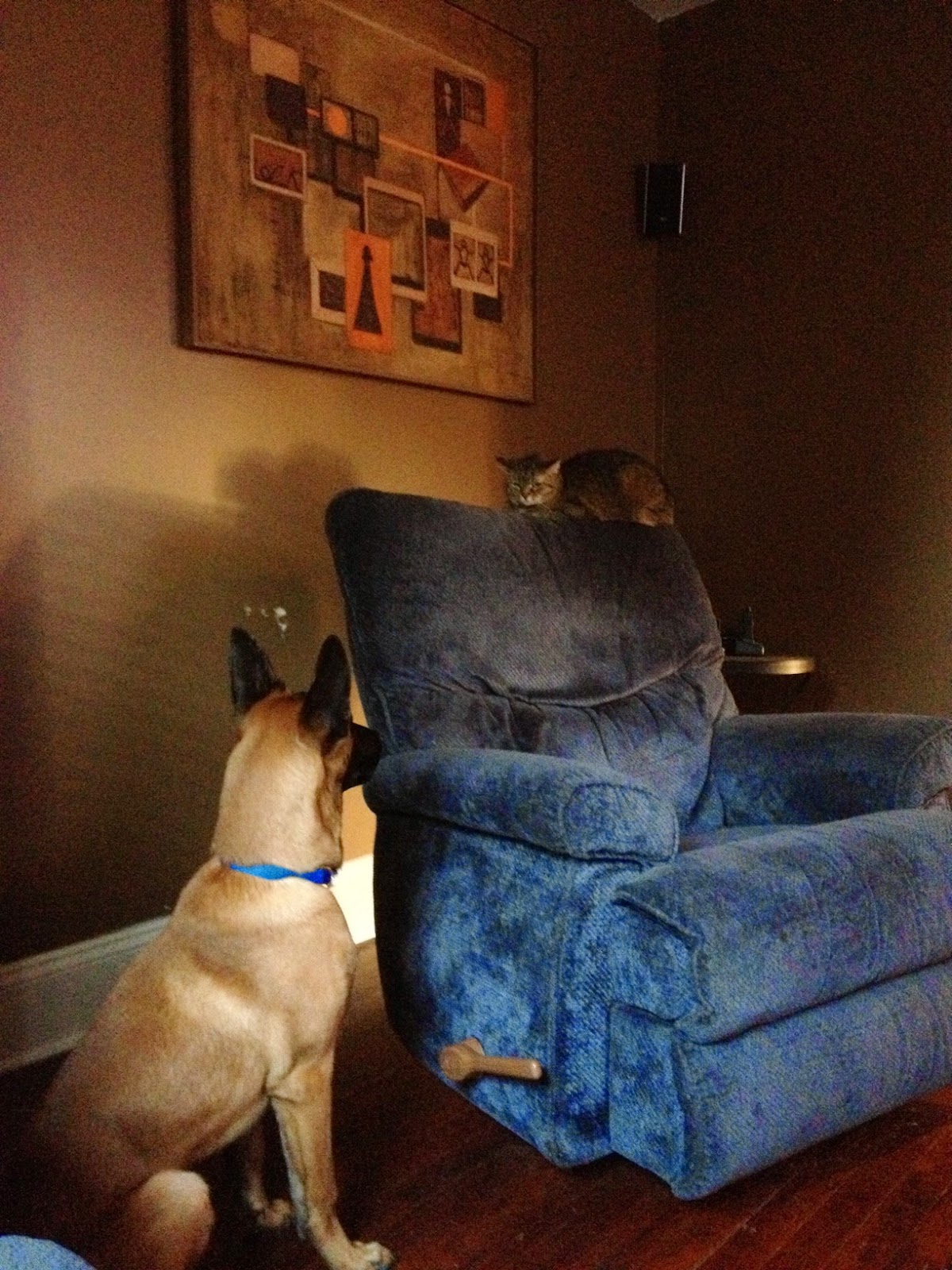 Kitty Whore aka Piper is the least scaredy-cat that we have. She stands up to Loki pretty well, but our pets are still working things out. I'm hoping that one day they'll all get along. Loki of course just wants to play and doesn't understand why the cats don't want to play with him. 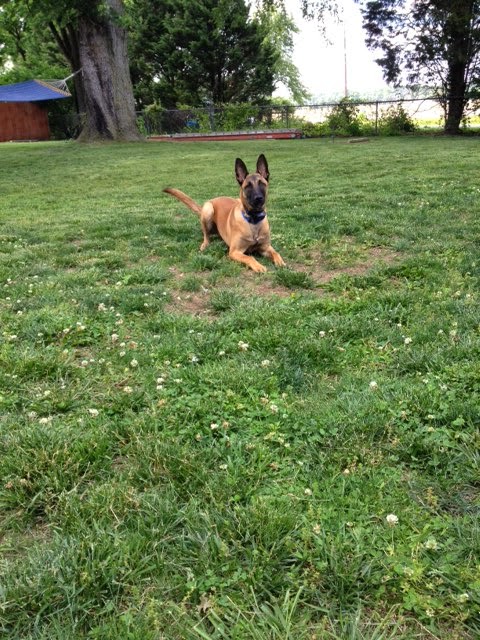 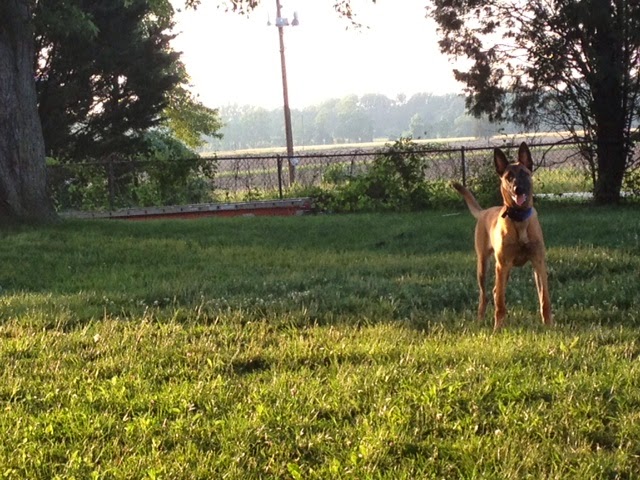 The dog loves to play fetch and will do just about anything for his ball. It's our most useful training tool. Although he does love treats, he's not as food-motivated as most other dogs. We are working on playing frisbee with him and he's had a lot of awesome mid-air catches, but he still prefers the tennis ball. 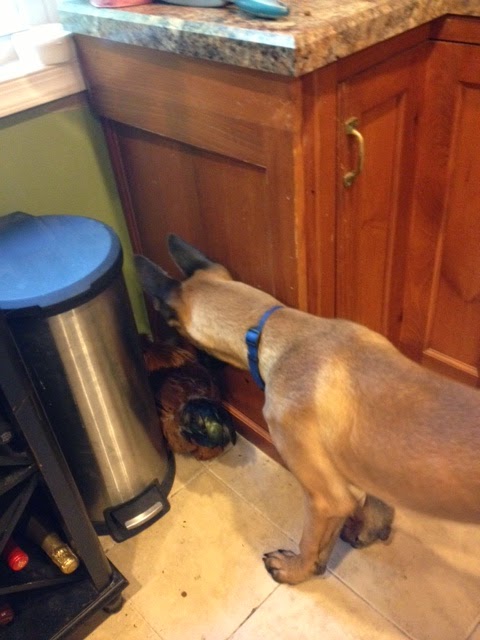 There was also this morning a week or two ago, where Loki chased the rooster into the house. I was standing outside in my bathrobe with the door open, trying to stop him from chasing it. The rooster had his head down in the corner like, "If I can't see him, he can't see me!" 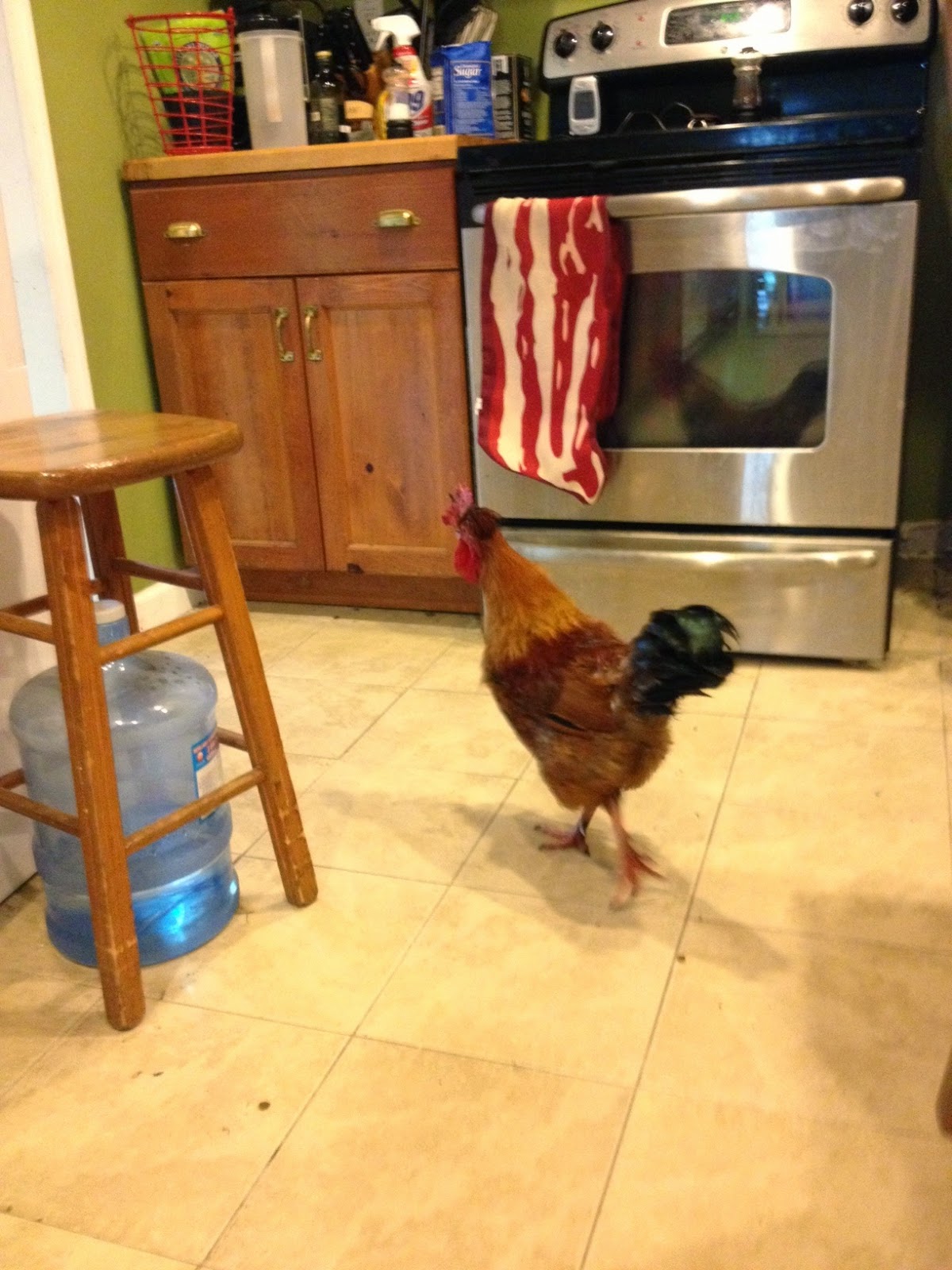 And then I got a hold of the dog and Mr. Roo-Roo went on his merry way. 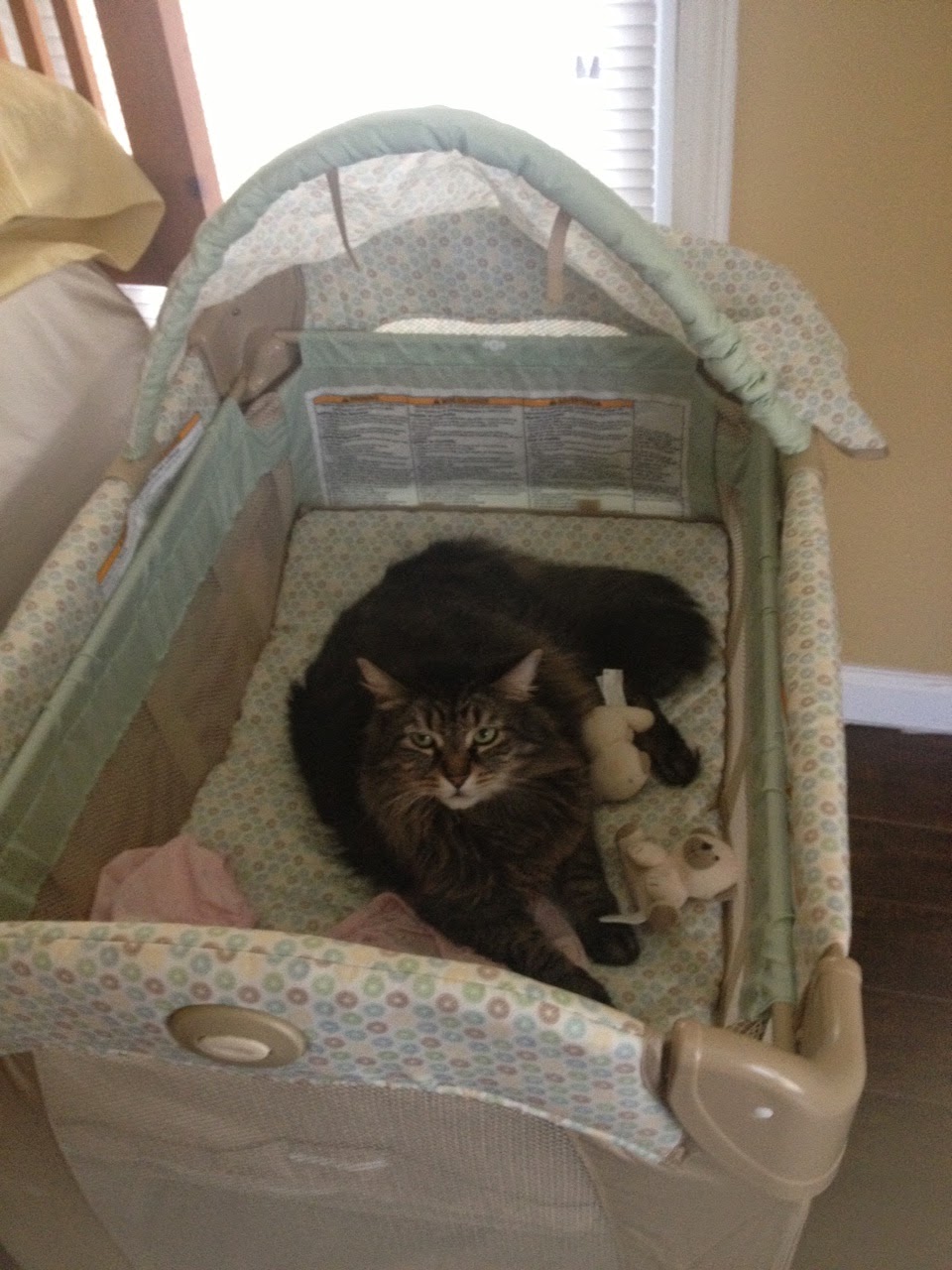 Draco, aka His Royal Highness The Reverend Doctor Tasty, Esquire is loving his new bed. I feel kind of bad for all of our animals... they have no idea how their lives are going to change in a few months. My friends Jen and Tim are done having kids, so they gave us a ton of their baby stuff late last summer. It turned out to be perfect timing. This is the pack & play bassinet that we're going to keep in our bedroom for the first few months. Jen and Tim were over a few weeks ago with their girls (two and four, who Loki did very well with) and they helped us set up the bassinet while they were here. 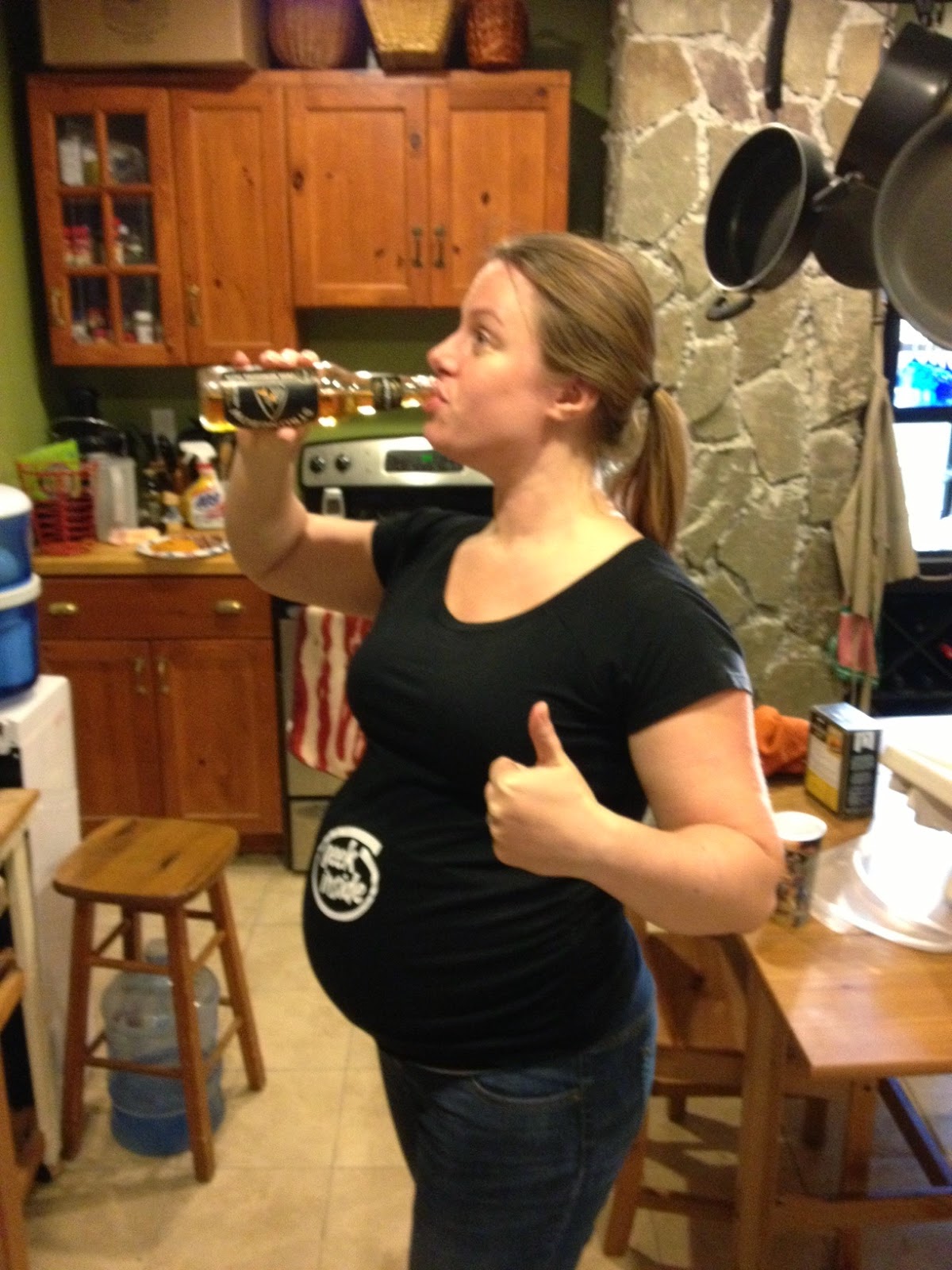 And speaking of the baby, here I am pretending to chug a Strongbow. That said, I am of the belief that light drinking during pregnancy is most likely okay. It is of course a controversial subject, and since there are ethical questions over setting up any kind of study that involves pregnant women, I doubt that most OB/GYNs (in the U.S., at least) will ever encourage drinking. I've weighed the risks and read more than a few articles and studies on the subject. My definition of light drinking? Since the beginning of my second trimester (my first trimester I abstained almost entirely), I've been having anywhere from one to three drinks a week. And I do mean single servings, like a 5 ounce glass of wine instead of my usual 8-10 oz pour pre-pregnancy.

The pregnancy itself is going well... I'll be 28 weeks on June 5th, which is the beginning of my third trimester. At my last doctor's visit, I was measuring a week ahead, so my appointments were moved up to every other week. I didn't post about it, but I was having some horrible sciatica and muscle spasms in my left side quadratus lumborum. The pain was pretty unbearable, but my OB sent me to physical therapy, and I think that the combination of PT, massage, acupuncture, and chiropractic finally got me all straight. The pain also seemed to clear up a ton after passing my Series 7 exam, so that may have had something to do with it.

I've been continuing with massage and also started going to acupuncture in February. I really think that it is having a positive impact on my life as well as how I'm feeling. My massage therapist moved from the Shore Health integrative medicine group to starting up Whole Being Health with a group of like-minded practitioners, which is how I ended up trying acupuncture. My acupuncturist is also a licensed counselor, so it's like having a therapy session and acupuncture treatment together. I love it! There are also studies that show the benefits of acupuncture during pregnancy - and some states and insurance companies have approved acupuncture as another way to bring on labor naturally. So I will be keeping that up, as I do not want to go past 40 weeks. 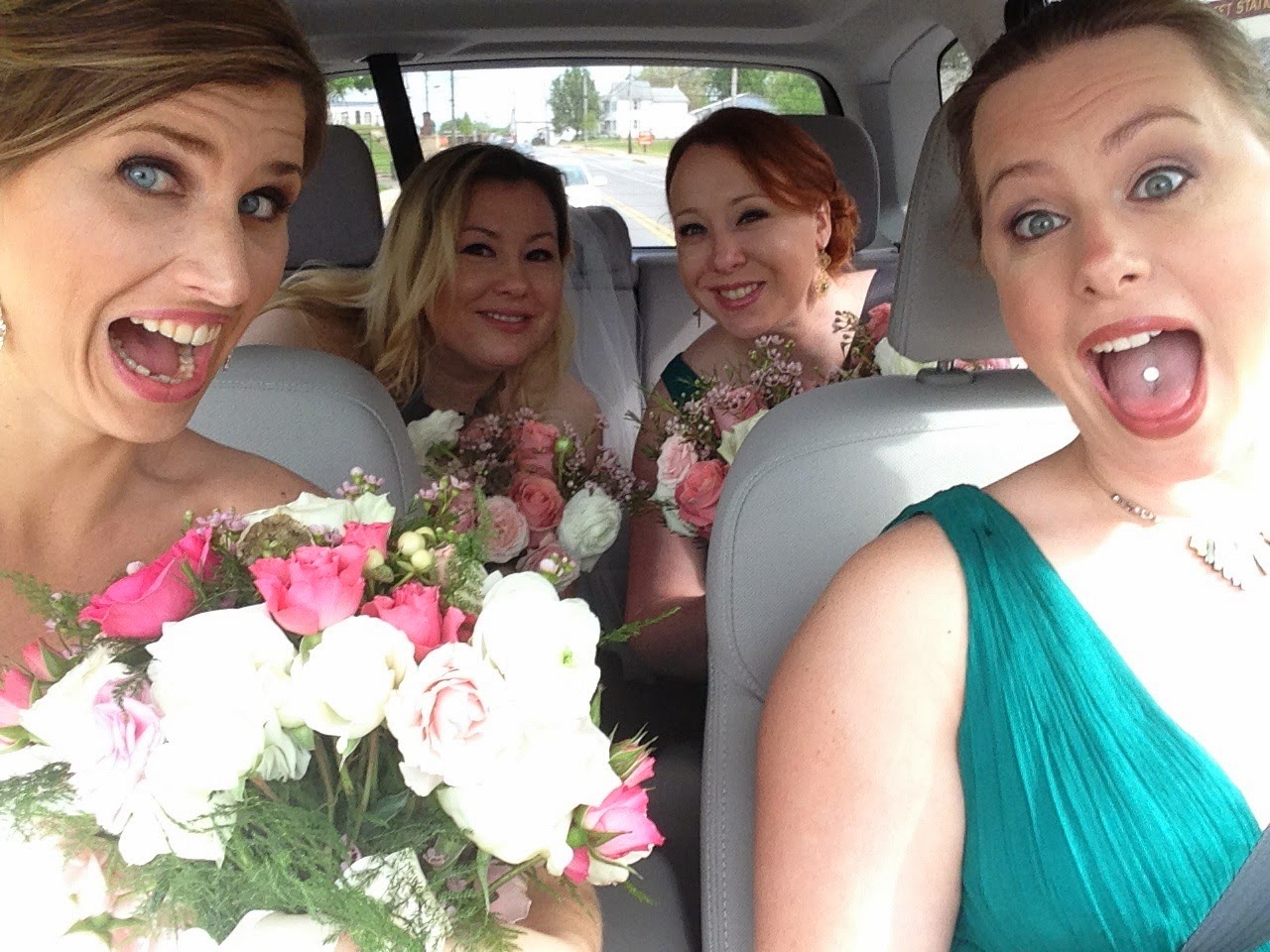 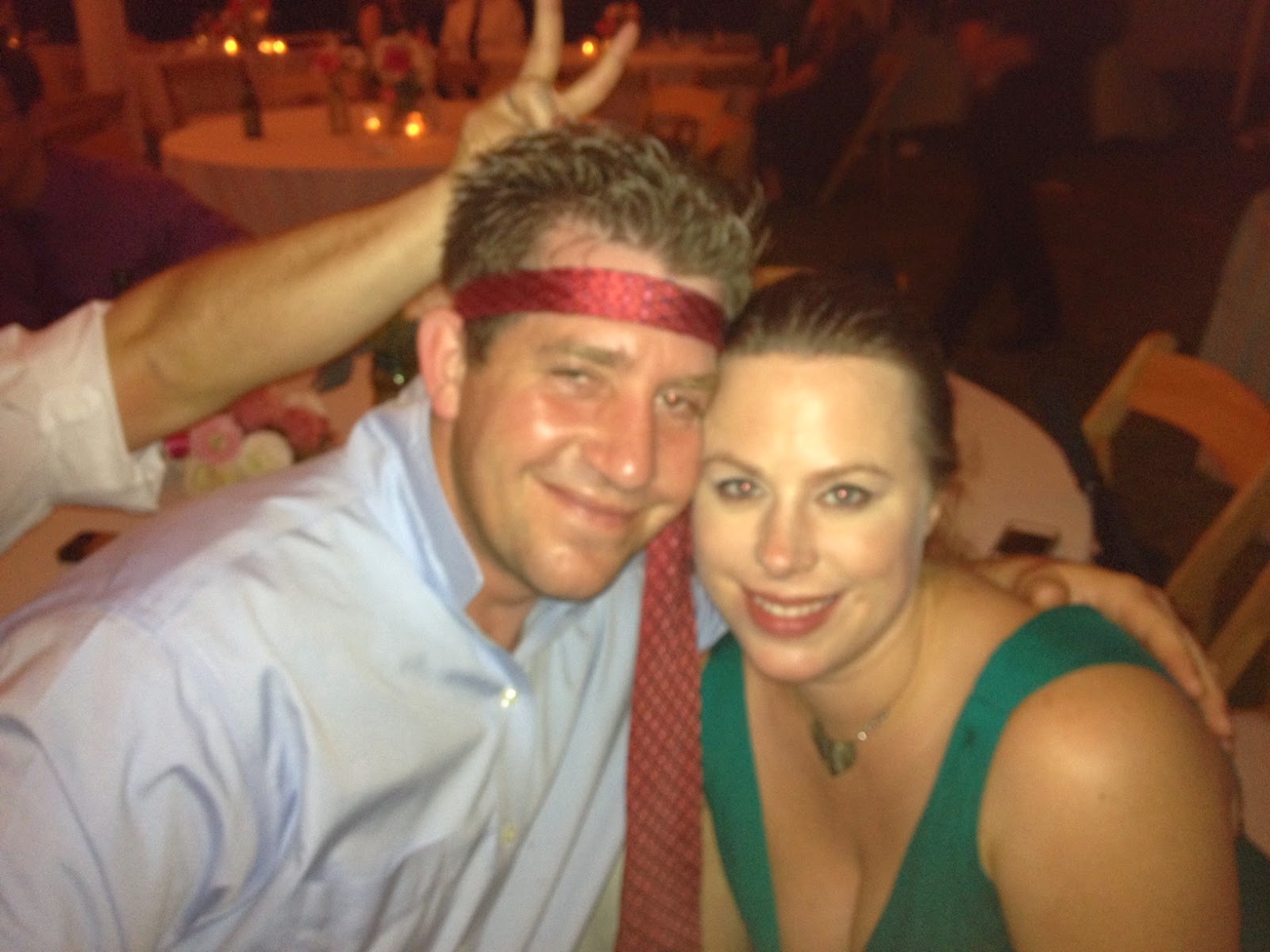 And last but certainly not least, my dear friend Christina tied the knot with her hubby Dan a few weeks ago. She was such a beautiful bride and we all had a fantastic time celebrating her nuptials. I can't wait to see Laura Dye's gorgeous photos from the wedding!