So my plan to blog more often kind of fell apart. The problem is free time, and also the amount of time that I spend on the computer at work. By the time I get home, the last thing I want to do is log on and stare at a screen some more.

Ogunquit was a beautiful, charming town. The only problem was the hills... for this flatlander who is quite pregnant, they were a lot for me! 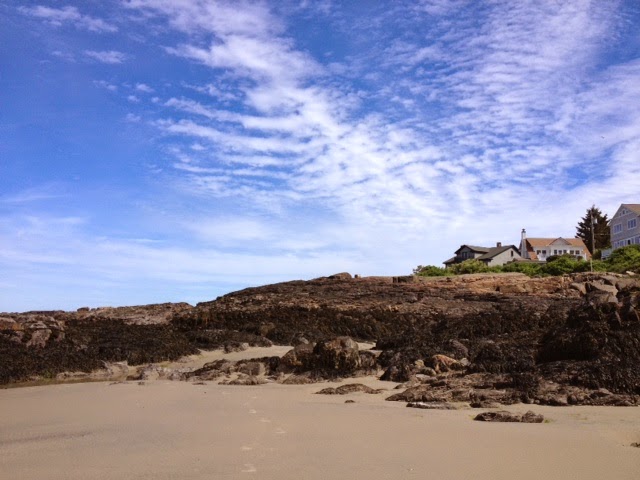 This was the view on our beach day. We had pretty much the place to ourselves! The water was freezing, but Jay jumped in anyway. I did manage to get in to about halfway up my thighs, but my legs were numb when I got out. The water there was unbelievably clear and beautiful. 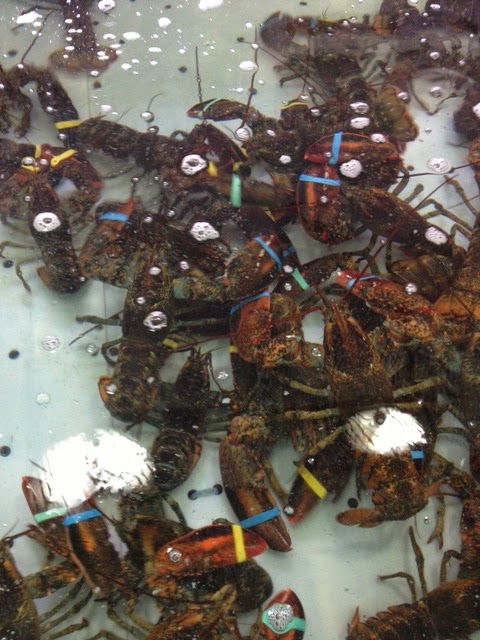 I got to pick my dinner! 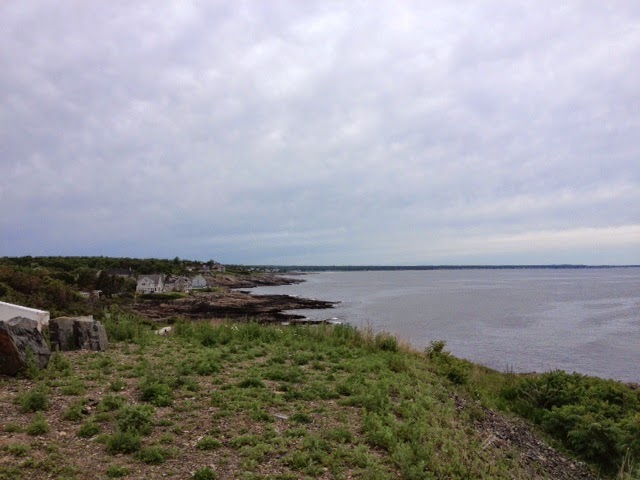 This is a view of the coast a little farther south 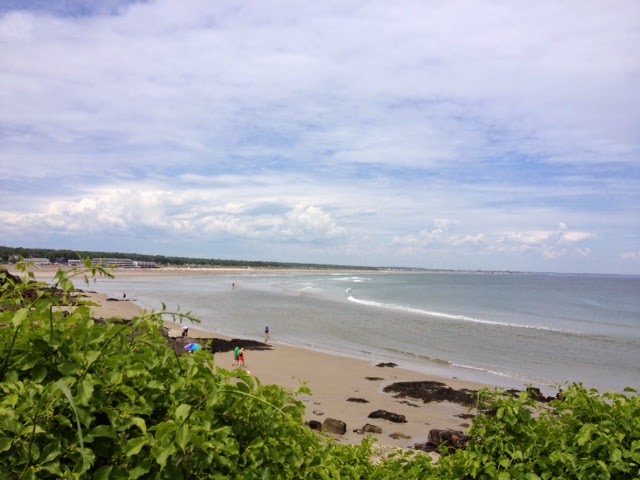 Another beach view from Marginal Way 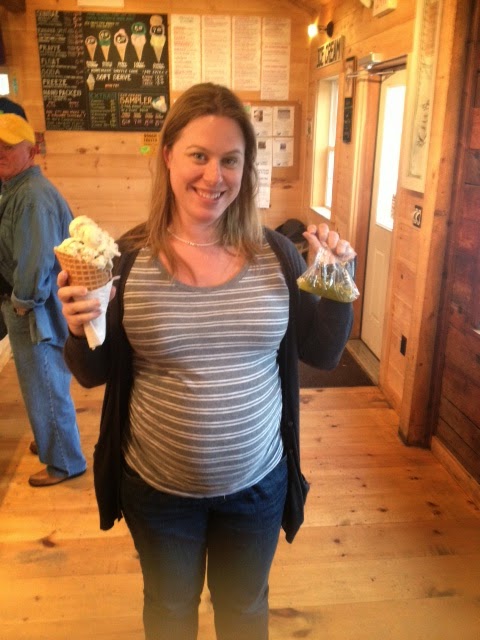 One day we went to get ice cream at the Scoop Deck, where you also get a free pickle if you're pregnant. Their ice cream cones were HUGE and Jay and I both ended up throwing them away halfway through. Yes, it's true. I wasted ice cream. 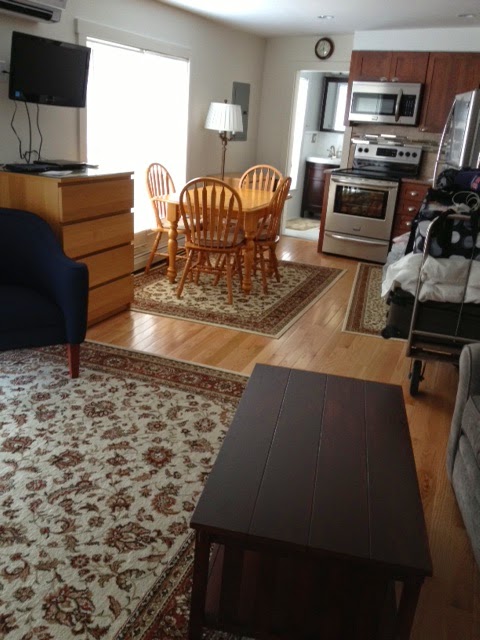 This was the place that we stayed, Unit 303 in the Lookout Condos. We got to sleep on a Queen sized Murphy Bed, which was pretty cool. However, I was very happy to get back to my King Size mattress at home. 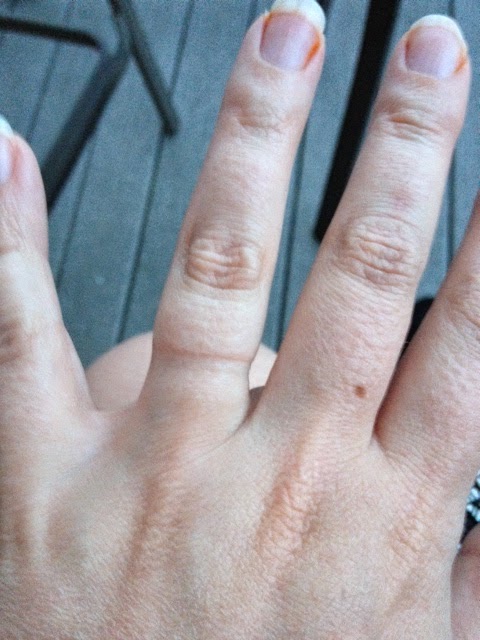 I finally had to take off my wedding ring while we were on vacation. One of the days was pretty warm and my fingers were swelling up. A bought a cheap band from Amazon when I got home because my finger felt naked. It's 1.5 sizes larger that my wedding band, so hopefully I can wear it for the rest of my pregnancy. It is pretty loose right now. 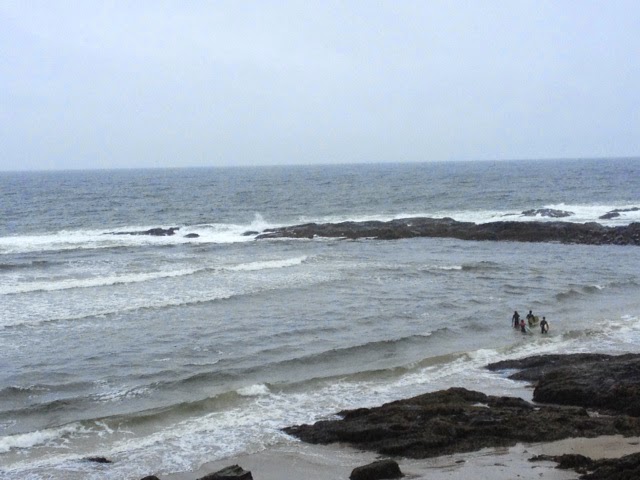 The weather was rainy and kind of crappy the day before we left, which drew some surfers down to the water. We spent a few minutes trying to watch them, but after seeing surfers in Coolangatta, it was pretty disappointing. Obviously not on par with the surfers Down Under. 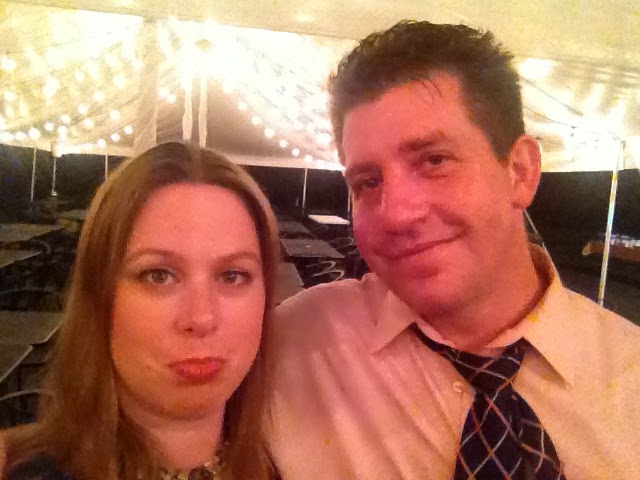 Wedding selfie from a wedding in NoVA at Zion Springs. Although the food and music were great, the layout was horrible. They only had two unisex bathrooms available for all of their 150+ wedding guests. So I spent the bulk of the evening waiting in line for the restrooms. It was literally a 20+ minute wait each time. So that sucked. The dance floor area was also open to the elements and was a brick patio, which I found a bit odd. 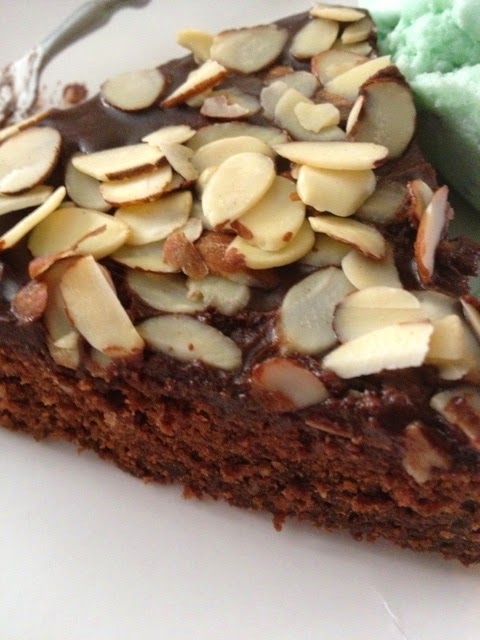 And my first attempt at making a cake from scratch went awesomely. My mother came over this weekend and for dessert, I made Julia Childs's chocolate & almond cake from her book Mastering the Art of French Cooking. The recipe can be found here. Yes, it's true. Until this weekend, I had never made a cake from scratch before (except for a pumpkin cheesecake that I made probably ten years ago). I'll tell ya what, the recipe says that it serves 6-8 people, but there's not much of that cake left.

I have a little less than two months left of my pregnancy. I'm tired of being pregnant for sure and am in some ways eager to get it over with, but I'm also rather apprehensive about becoming a mother, oh, and that whole process of getting the baby out. That's rather terrifying. We are also not done the nursery, which we have finally decided to decorate in a Star Wars theme, partially because of some awesome posters we found on vacation. Originally we hadn't planned on painting, since the room is already blue... but it's not a very nice blue. We are going with the color baby elephant, same color as this laundry room post. I will post photos when it's all done.

That's all for now, I suppose. Perhaps I'll have some time this weekend for posting, since it's a long weekend!