My first blog post here was on April 10, 2012. In line with what was currently happening with our Home Improvements and all of the insanity that living in a construction zone entailed, I called it “Home Adventures and Unfortunate Incidents.” At the time, that was pretty much what was going on in our lives. Drama with the renovations, navigating being a quasi-newlywed – all of those things.

Starting in the early 90s I had a 14.4k dial up modem with a 386mhz processor DOS-based computer and all there was to log on to was a local BB. After that came IRC. Then AIM. I even created a website for a boyfriend's band back in the mid-90s. It was all HTML and I put a lot of work into it. Back in those days, people were pretty paranoid about the internet (hell, I guess many still are). The other band members freaked out and I had to take it down. I started my first website/blog on the Tripod platform in 2003. It’s actually still there (and no, I'm not giving you the address.)

However, I will give you a picture. 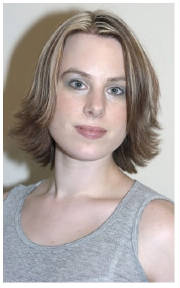 I miss that hair and that youth. Oh girl, what I could tell you.


Then there was Myspace, then blogging my 101 list in 2007, then Facebook. I feel like Facebook has contributed to the overall dumbing-down of society, the same way that those old chain letters and emails did. No, Bill Gates is not going to send you money, nor is there a Nigerian Prince who will share his fortune with you. Obama isn't Muslim. Vaccines don't cause autism.

Over the years, I would like to think that I have matured. A bit, at least. I spent a few minutes reading my old website and blog at Tripod... I think those entries are representative of how I have matured in the last ten+ years. I would share some, but they are too embarrassing!

This name change better reflects my current outlook on life in general. Plus I have a domain name now, so that's cool, right?

Unexpected Adventures is how I have come to see everything in my life over the past year or so, and also how I am making it work. This is true in all aspects of my life - work, home, and travel.

Work
I made a big jump back into the financial world nearly three years ago after leaving a fairly new position and coworkers that I liked. There have been challenges to overcome, but it was a great opportunity that has paid off for me. I also learned that I was pregnant several days after giving my notice at my old job. I don’t post much about it. I put in plenty of hours there and I don’t want to think about it when I’m not working! The only anecdote that I’ll share is that every day at work is a spelling bee.

Home & Family Life
I have a kid now, which I still find strange at times. Becoming a mom (especially a working mom) has brought with it all of the usual trials that one might expect. But it has also focused me on what really matters and has made me rethink my time commitments. It is fascinating to watch the development of my child from day to day, week to week, month to month, and now year to year, as he nears his second birthday. It is truly the most unexpected adventure of all, as I get to share the world with him. Honestly, I’ve probably learned more from watching him. Last weekend, he was overjoyed with bubbles.


I wish that I were that enthused about pretty much anything! Having a kid has also changed the dynamics of my marriage. In some ways, it has brought us closer together, but in others I think it has made our relationship more work. I'm probably a little too excited to go to Mexico later this year without little Markface.

Travel
About ten years ago, I didn’t understand why anyone would travel with kids, or want to travel with kids. I thought that they should just be polite to other travelers and not bring children on airplanes. It’s funny how your perspective changes once you find yourself in that situation. I posted that I wanted to not have my child totally consume my life, and traveling is how I'm continuing to live the life that I want. Sure, it's more difficult with a kid in tow. But life doesn't just stop because you have a kid. The first two years have been tough. The first year is exhausting. The second year, they're more mobile and you're just trying to keep them alive. As my girlfriend Sara has said, the kid just lacks any sense of self-preservation. Especially from about 14 - 22ish months. We had our first ER trip a few months back because he took a header down the stairs.

So for partially that reason, we haven't done much traveling this year, or taken him to any place too crazy. He has finally started to listen to us, so I am hopeful that when we go back to Australia next year that it won't be as painful as previous trips. Also, bribery is beginning to work on him, so I see that as a good thing!

All of that said, welcome to my Unexpected Adventures.

With all its sham, drudgery, and broken dreams,
it is still a beautiful world.
Be cheerful.
Strive to be happy.