It's been a minute

I'll try to make it as quick as possible. I feel like we haven't had much downtime lately, and that trend will likely continue in the near future. Last year, we stayed close-ish to home; at least staying within the United States. We did end up getting TSA PreCheck, which has been AMAZING. After I almost missed a flight out to my Staff Forum last October, we decided to sign up. It has been awesome! In hindsight, I do wish that we would have signed up for Global Entry instead, since we do a fair amount of international travel, but TSA PreCheck helps a lot for domestic travel.

First, we spent Thanksgiving in Arizona with Colleen and her (err, our?? it's complicated..) family and took some fun photos in the wash for our Christmas cards 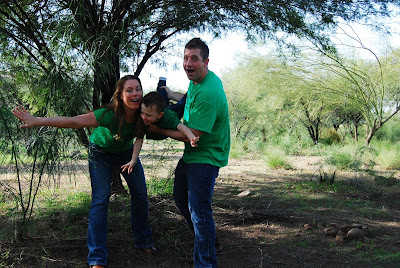 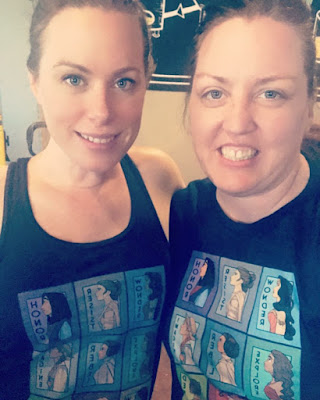 Me and sis with matching shirts

We had an amazing time with Colleen and her family. It was also nice to have some extra help with Mark.

We returned home for about ten days before leaving again for a wedding in Florida. The grounds, wedding, and reception were beautiful, however, as you can read about in the link, the caterer left much to be desired! Fortunately we had eaten before we went, since we had a feeling that we might be hungry. Other guests weren't so lucky! 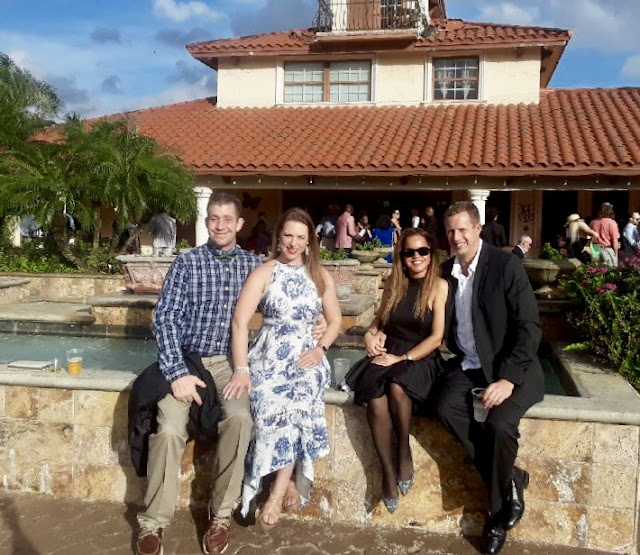 Jay, me, Silvia & Brian at Villa Toscana in Homestead, FL

Despite the wedding debacles, we had an awesome time catching up with friends and making some new ones as well.

After the festivities were over, Jay and I headed south to Marathon for a few days to celebrate our 8th wedding anniversary. We didn't like the traditional anniversary gift for this year, so we decided to gift each other with experiences. My gift to Jay/us was a sailing lesson. Jay's gift to me/us was a package of private dance lessons with Dancing on the Shore. It was hard to fit them in, but we enjoyed the refresher. We're hoping to get back into some ballroom dancing! 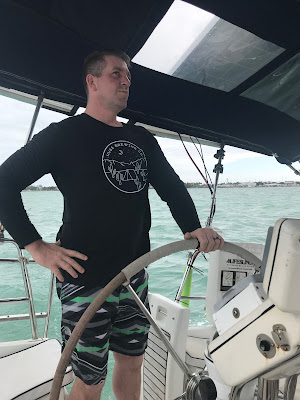 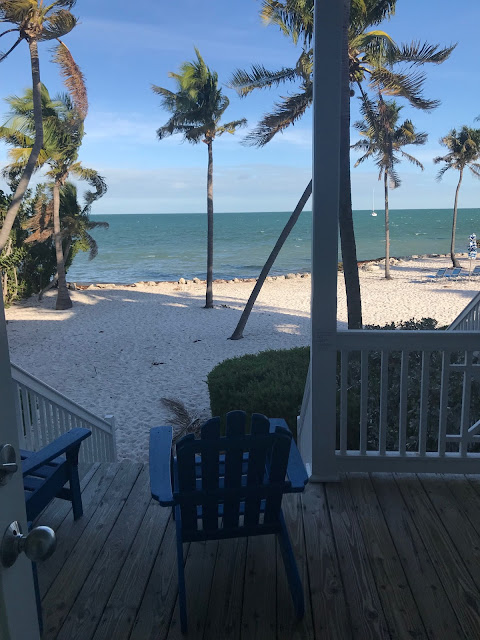 This was the view from the front of our beachfront apartment in Marathon. We stayed at Tranquility Bay in Marathon, and I can't recommend it enough. The entire experience was perfect and we hope to return with Mark in the next few years. After our last trip to Key West, we wanted a place that was a bit more low-key - still a place where you could go have a few drinks, but not such a crazy party atmosphere. We'll be back to Key West of course, but the middle keys seem to be more our speed these days. We also went diving in Key Largo, but that photo didn't download for whatever reason. 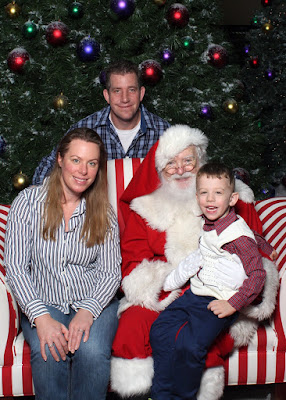 This is my most favorite Santa ever, he's at the Salisbury Mall - this is the second time we've gone to him. He's fantastic. 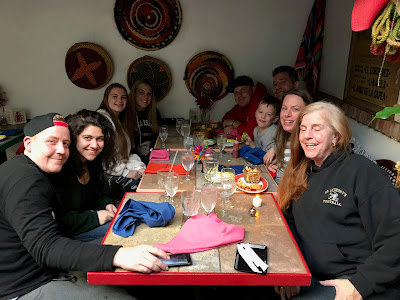 We made a quick trip to New York the weekend after Christmas to visit Jay's family. His dad was in the hospital, so we got to see him as well. This is one of the few photos where almost everyone is together in the last few years. 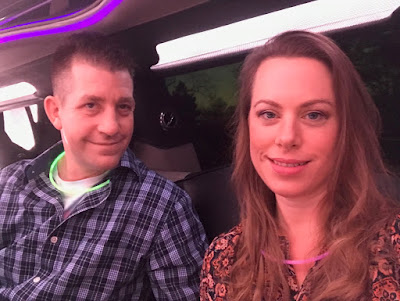 This is from early in the night of my company outing

For the second year in a row upon hitting our special number at work, my boss has rented a limo to take us out with our spouses/guest to Ruth's Chris in Annapolis. This year was quite the debacle and probably left a few people scarred. We had a great time though! 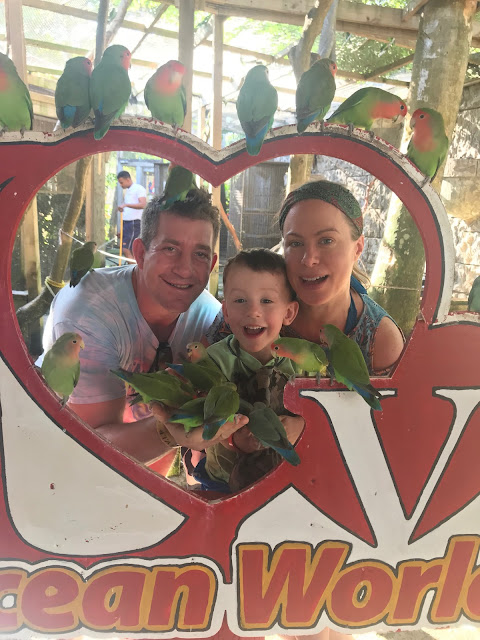 In February, we returned to Lifestyles Holiday Vacation Club in Puerto Plata for the first time since having Mark. They suckered convinced us to upgrade our timeshare to the Villa level, which is what we've always wanted. We've tried to book the villas before with our plain old vanilla Studio level without success. But now we can finally book the villa. It's obvious that they are continuing to upgrade and update the resort, and the actual city is looking better than it has in previous times, so I know that the company is improving life for their employees and continuously looking to update their properties. So we will be trying to get to the resort at least once every year or two so that we can take advantage of our membership. 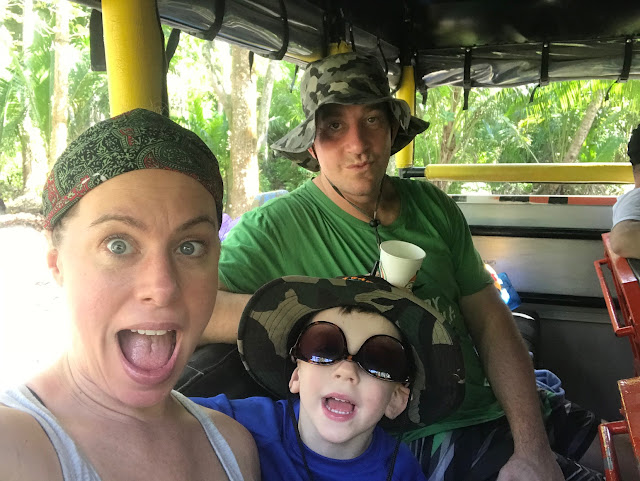 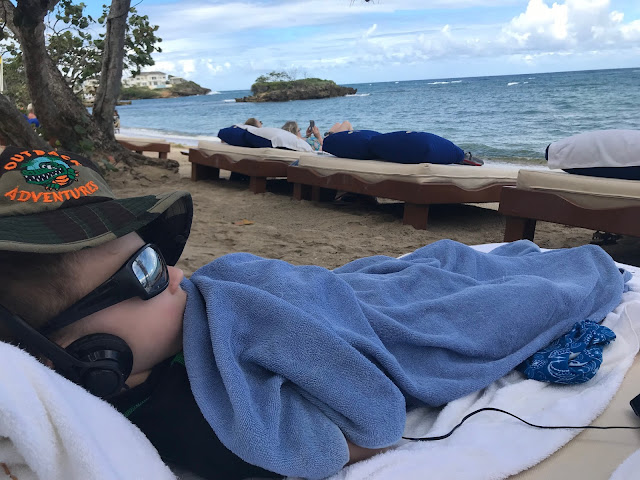 My favorite beach at the resort - Serenity Beach 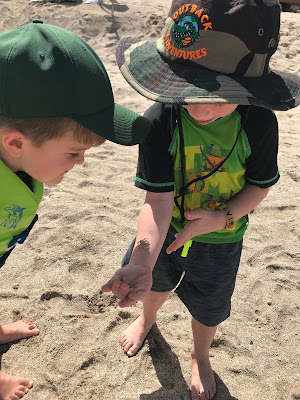 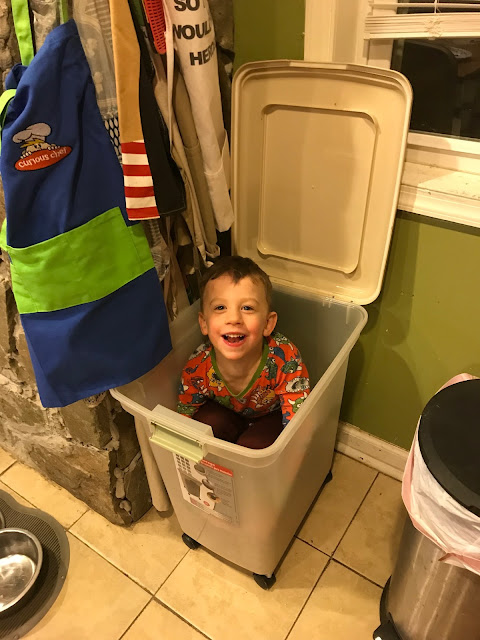 This is what happens when you can't reach the dog food at the bottom.

Shortly after this photo was taken, someone tipped out of the dog food container, which broke. 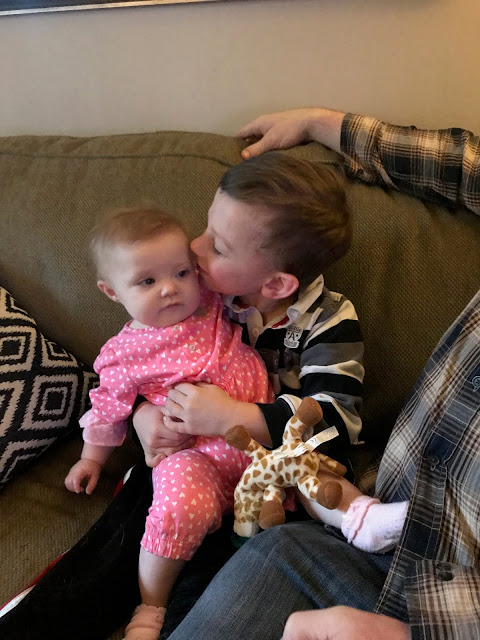 I've always wanted to donate my hair - especially before I start to get too much grey in it. I noticed that my hair had been kind of gross, limp, and I was starting to get a lot of split ends. I have also been starting to find more and more grey hair. I decided that this is the time and cut it off. I donated about 10 inches of hair to Children with Hair Loss. 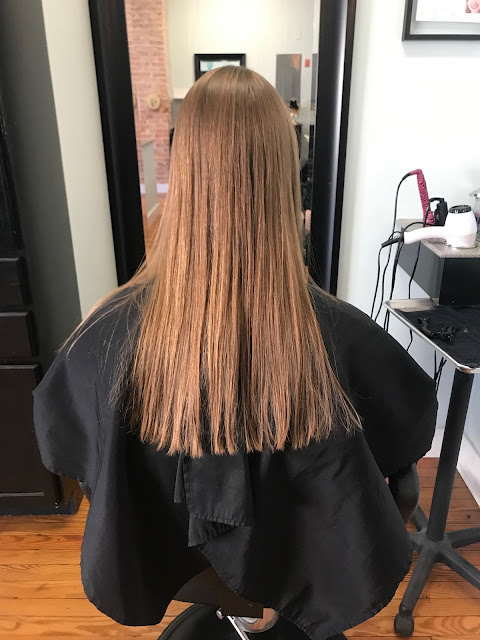 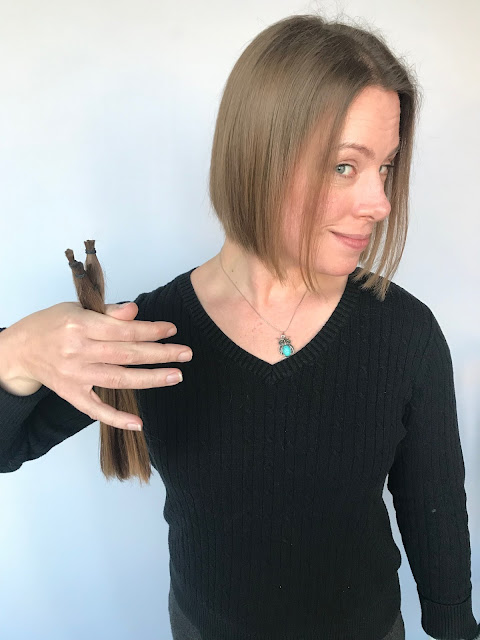 After - feels so light!

Other news -- after slowly grinding at the Beachbody thing for a while, I started getting discouraged and a little frustrated. I was never big on the whole MLM kind of thing, and messaging people to join my challenge groups, pushing Shakeology, etc, just felt fake to me. It was taking up a lot of time and I slowly realized that I had NO training or business really to be suggesting this crap to people. I was suggesting fitness programs to acquaintances and people who I hadn't evaluated, not to mention I'm not a medical professional. Yes, I love the programs and they work, but it didn't feel scientifically sound to me.

So I sent a message to a friend who is a Certified Personal Trainer to get her take on whether I should get a personal training certification or a nutrition certification and she said BE CAREFUL about the nutritionist certification, because really only REGISTERED DIETITIONS can prescribe meal plans and that kind of thing. WHAAAAT?? Then WTF is Beachbody doing?? Makes me wonder if this whole coaching thing borders on being against the law with some of the stuff.

At any rate, I decided to up my game and become a Personal Trainer. You know, with all of my spare time. LOL. I'm not going to do too much with it probably - just do in-home training with a few people here and there, but I wanted something else to hold myself accountable.

For travel this year, I got an AMAZING airfare deal from DC to Brisbane for about $800 roundtrip (thanks to nextvacay.com, so I am actually heading out to visit my aunt next month, but just for a week. After that trip, we have no big plans this summer, then probably a long weekend trip to Idaho for my cousin's wedding, a bucket list trip to Oktoberfest in Munich, then 4 days in Prague (all with a group of about 24 friends). I come back for a few weeks and then I'll be at my company's Staff Forum in San Antonio, where I think I will be presenting some stuff.

SOOO there's a lot going on this year! I'm tired just thinking of it. 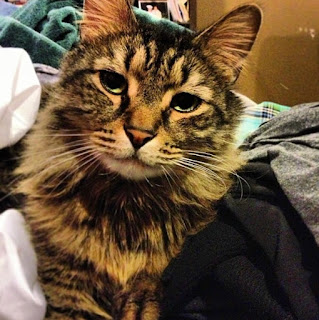 In MUCH sadder news, my baby boy Draco had to be put to sleep two weeks ago. I was absolutely devastated and am still pretty sad about it. He was an amazing cat and I am really going to miss him. He was older and definitely in ailing health. I wasn't a fan of him pooping outside the litterbox and tracking litter everywhere, but I really thought that we had another few years left with him.

Piper is a bit more skittish without him around. I'm not sure how much she misses him, or if she's happy to be the only cat right now, but I think she wants another friend. I do really want another cat and I'm hoping that Jay will warm up to the idea. When I got Draco, what I really wanted was a Maine Coon. I chose him because he was allegedly a MC mix. He definitely had a lot of the same traits, like the chirping that he used to do at birds, and he loved to play in the water.

Anyway, if I can convince Jay that we need a Maine Coon, I am looking at these two breeders:
RP Cathouse which is pretty close by, and Makanacoon who are in Virginia Beach. I've talked to them both and they have good quality cats. Either way, I wouldn't be bringing a kitten home most likely until the middle to the end of summer. I'm torn though, because I should really be getting a rescue instead. Maybe I'll offset my guilt with a donation to our local shelter.